2023: Gov Sule And His Gudi Declaration 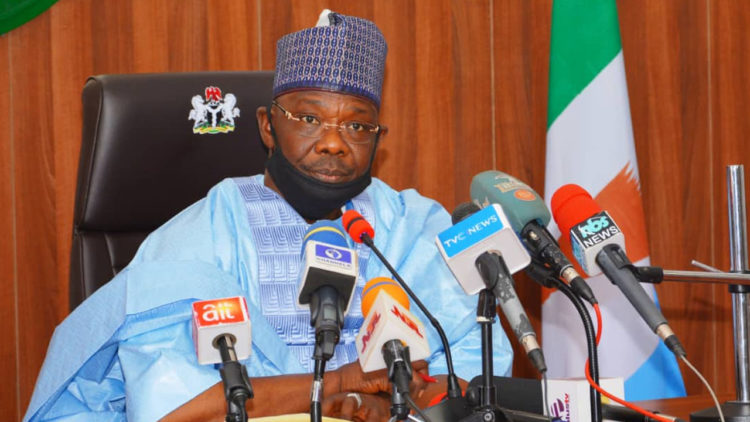 During the Ed- el –kabir Sallah homage by members of the state executive council led by the deputy governor Dr Emmanuel Akabe to Governor Abdullahi Sule at his Gudi country home, the governor was quoted as telling his visitors something that many political observers in Nasarawa state could have dismissed as a mere rant if it were said by a lesser personality.

But coming from someone who occupies the estemmed position of governor, who is aware that he should weigh his words before uttering them and that every word of his is taken seriously by the people, what Sule said on the aforementioned occasion caught the attention of keen political watchers

Governor Abdullahi Sule from all parameters is not somebody that takes delight in playing to the gallery. He is indeed, one politician that believes in saying nothing but the truth regardless of how bitter the truth is and how people will assess it. Governor Abdullahi Sule in my understanding of him is not the type of politician that sees politics as a treacherous game; he sees politics more as a honest and decent endeavour/career. And as we are all aware, in pursuing a career or endesvour one must be seen as not only being honest but also be seen as upholding the tenets of truth, if really one wants to excel in his chosen career/ endeavour.

The private sector which Governor Abdullahi Sule is coming from as well his upbringing and experiences abroad has moulded him to imbibe the virtues of honesty, telling the truth and damning the consequences.
However, when Governor Abdullahi Sule made what I term here as ‘Gudi declaration’ there are some people who are yet to decipher the message, while there are some on the other hand who have not only decoded the message but gone a step further to appreciates its content.
Governor Abdullahi Sule reportedly told his visitors at Gudi that he has been patient enough, that a time would come when he would get to the limit of his patience. “There are times to scream, there are times to show strength, and there times to show resourcefulness and that time is coming”,
He further stated that his ‘administration will not be cajoled into taking rash decisions and that it’s inconceivable for him to work according to somebody’s agenda’
On the forthcoming general election, Governor Sule emphasized that he will not do anything to undermine the electoral process. Hear him: “We must try everything possible to win our elections because if somebody else wins and you want to come to me to change the election, I will not change it, even if it’s my election, if I lose my election and you want me to change and steal, I will not steal it, I will give it to whoever wins. There’s nothing that I am looking for. I must face that and be honest with our people’
While calling on the people of Nasarawa state to vote APC in all the elections, Governor Sule particularly mentioned the elections pertaining to Asiwaju Ahmed Bola Tinibu, himself and Tanko Al-makura, stressing, ‘“ If Tanko Al-makura does not come back to the senate, so what? People like that, what are they looking for anymore?”
From the quotations above, one will observe the commitment of Governor Sule towards bequeathing a credible electoral process and also his disdain for despotism.
Indeed, for Governor Abdullahi Sule to have come out and made these declarations, something must have been amiss in the whole gamut of governance in the state.
Yes, may be Governor Sule might have been irritated in one way or the other by attitudes and actions of some within and outside the circle of governance. Otherwise, he couldn’t have gone to the extent of telling his audience and before the full glare of the media that he has been patient enough and that a time will come when he would get to the limit of his patience; meaning that he is exhausting his patience. What he is saying in effect is that silence is no longer golden; that he is now equipped to deal with all those undermining him and his government.
It is not for nothing that Governor Sule averred that there are ‘ times to scream, times to show strength, there are times to show resourcefulness, that time is coming’. Anybody who thinks Governor Sule said these just out of the blues should go and have a rethink.
From whichever angle we choose to look at it, Governor Sule’s assertion that he cannot work on somebody’s agenda is to me, also a direct indicator to the people or group of people who are meddling in his government to steer clear. In other words what Governor Sule meant by saying that he cannot work on somebody’s agenda, in my understanding is that he is ready to take full control of his government. Implied in this is that he will no longer bow to somebody’s whims and fancies.
And what put most of the political observers in Nasarawa state off-balance the more is his declaration that ‘if Tanko Al-makura does not come back to the senate so what, people like that what are they looking for anymore’ . Observers posit that ‘In ba kira me zai ce gawayi’ or ‘In ba rami me ya kawo maganan rami, meaning if there is no any move to replace Tanko Al-makura what then brought about those words, ‘if Tanko Al-makura does not come back to the senate so what? Pundits are of the view that Governor Sule uttered those words to prepare the mind of Tanko Al-makura and his followers of the doom ahead of them in 2023 with regards to his senate aspiration.
Governor Sule just like I narrated in the beginning is somebody who abhors mendacity and is somebody who can do anything to stand by the truth.
Whether the political pundits are right or wrong, only time will tell.

How To Make It