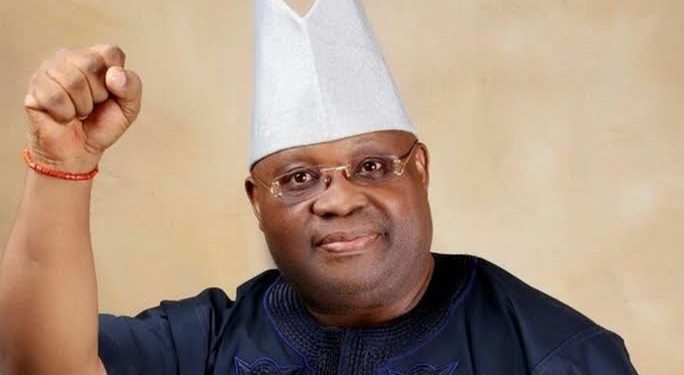 A statement made available to newsmen on Thursday by his spokesperson, Mallam Olawale Rasheed, alerted the general public of clandestine moves to convert public properties to private ownership and render the state bankrupt ahead of change of government.

But Governor Oyetola who described the allegation as fabrication of falsehood accused Adeleke and the Peoples Democratic Party of peddling lies and propaganda just to curry undeserved public sympathy.

Responding, the state Commissioner for Information and Civic Orientation, Mrs. Funke Egbemode, noted that the world knows the antecedent of the incumbent governor, Mr. Adegboyega Oyetola, who has served the people of Osun State meritoriously adding that he does not have the background of pilfering or misappropriating funds.

“We are calling on the people of Osun to ignore the fake lamentations of the incurable propagandists. Governor Oyetola has done well thus far and he will continue to do right by the people.’,” Egbemode said.

However, Rasheed claimed that the attention of the office of the Governor-elect was drawn to unwholesome criminal activities by some government functionaries and appointees under the watch of Governor Gboyega Oyetola directed towards pilfering of state assets, conversion of public assets into private ownership, illegal awards of licences and incurring of superfluous loans and expenditure.

“We have it on good authority that Osun state assets within the state, Kogi, Lagos, Abuja and outside the shore of the country are being tampered with for private acquisition. We have detailed reports of several properties currently being processed for ownership transfer involving serving commissioners and top government officials, hence serious warning to those involved in the illegal deals,’’ he said.