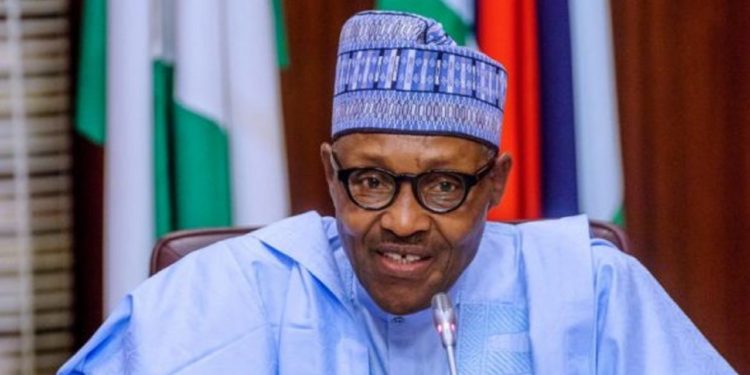 President Muhammadu Buhari has charged African political leaders to respect the right of citizens to make their choices in elections, and ensure that the right to vote and determine who leads them should not be treated lightly.

Buhari, who was speaking at a bilateral meeting with the president of Malawi, Lazarus Chakwera, on the sidelines of the Extraordinary Summit of the African Union in Malabo, Equatorial Guinea,  according to a statement by presidential spokesman, Garba Shehu, said to strengthen the democratic fabric and ensure smooth conduct of elections, leaders must convince the people that they respect them by allowing them to choose whoever they want.

President Buhari acknowledged that the path to democracy in African countries had not been smooth, recalling that he had been to the Supreme Court three times before he got to be president.

“I had to openly disabuse the minds of our colleagues. We are a developing country, that we should not be demoralised.

“We have to go through these processes. We must trust these institutions to do what is right. Present the evidence, don’t give up, keep on pushing.”

He explained that the merit of one’s case, not religion, or ethnicity or section will determine success in political endeavors, saying his meritorious cases in court were thrown out by judges who more or less shared the same sentimental backgrounds with him.

“So, I say go for merit. Don’t stand on ethnicity or such other divisive factors,” the president said.

Speaking on the relationship between Nigeria and Malawi, and that of southern African sub-region in general, President Buhari said his predecessors in office, especially the late General Murtala Mohammed, laid out the continental role of engagement placing Southern African countries on Nigeria’s priority list.

“We are acutely aware of the problems of southern African countries, more than most others,” he said.

“Murtala virtually left the country to Gen. Olusegun Obasanjo, then, and faced up to Europe and America on the problems (of apartheid). He was very energetic and patriotic. We will continue on that path.”

President Buhari said he greatly valued his meeting with President Chakwera, giving assurances that he would pay attention to the issues brought to the meeting.

The foreign affairs ministers of the two countries were directed to take the matters forward.

President Chekwara described President Buhari as a statesman and role model, saying his country was willing to learn from Nigeria’s experience in agriculture, infrastructure development and in managing security and violent extremism, which, he said, were creeping into the South African sub-region.

He said while both countries were together in the framework of the African Continental Free Trade Agreement, his country’s wish was for a speedy trade relationship with Nigeria.

President Chekwara asked for convening of a meeting of technical experts to discuss trading pacts, Memoranda of Understanding and agreements.

“There is no way we won’t relate to the biggest economy in Africa. Our older brother should hold our hands and we walk together,” said the president.

The Sao Tomean president got assurances that Nigeria will continue to play a brotherly role in the affairs of sister African countries.

The president also received in audience the president of Equatorial Guinea, Teodoro Obiang Nguema Mbasogo who came to thank him for honoring the invitation for the Extraordinary African Union Summit in his country.

In another development, President Muhammadu Buhari yesterday in Malabo, Equatorial Guinea, endorsed the recommendation on setting up an African Standby Force on Terrorism, while calling on leaders to muster the political will that would fuel synergy, enhance intelligence gathering and bring more urgency in tackling violent crimes.

Speaking at the 16th African Union Extra-ordinary Session of the Assembly of African Union on Terrorism and Violent Extremism in Africa, President Buhari in a statement by presidential spokesman, Garba Shehu said resources meant for development of countries had been channeled into fighting violent crimes, leaving many governments with less options on investing in people to meet the targets of Sustainable Development Goals.

Following presentation of a report on Terrorism and Violent Extremism in Africa at the meeting, President Buhari highlighted four items on the recommendation for immediate action.

“In the West African region, we are working very hard through the instrumentality of ECOWAS to combat terrorism.  The Multi National Joint Task Force in the Lake Chad region and the G5 in the Sahel have continued to degrade the insurgents by substantially reducing their capacity to inflict harm on our citizens.

“It is for this reason, Mr. Chairperson, that we endorse the key recommendations contained in your report. Some of the recommendations which we believe should be implemented immediately include;

“Increasing troop levels in situations of combating terrorism, and enhancing intelligence capabilities of deployed troops, including improving the operational cooperation of contingents in the operation areas;

“Ensuring the readiness of the African Standby Force for immediate response when a Member State is under terrorist threat;

“Strengthening the fight against cybercrime, money laundering, drugs and arms trafficking, smuggling of persons and counterfeit goods, which facilitate terrorist financing; and

“Ensuring that specialised institutions like the African Centre for the Study and Research on Terrorism and AFRIPOL, are adequately resourced in order for them to effectively discharge their mandate,’’ he said.

More than validating the report on terrorism, the President underscored the need for political will to forge a “Coordinated Continental Approach to tackling insecurity.’’

“It is for this reason, that we commend the Chairperson of the Commission for his comprehensive report on Terrorism and Violent Extremism in Africa. The report is very enriching, resonating and it behoves on us as the Assembly of the African Union to show the political will and forge a Coordinated Continental Approach to tackling insecurity, as we must entrench peace and stability on our continent,’’ he added.

President Buhari said the recommendations, if implemented, would go a long way in increasing the capacity of affected states to respond to the threats posed by terrorists and violent extremists in their respective countries.

“Your Excellences, this summit affords us yet another opportunity as leaders of the continent to rub minds and take far reaching decisions to address the challenges of terrorism and violent extremism on our continent.

“The activities of these sinister groups have not only led to the loss of valuable lives and property.

“They have equally taken a drastic toll on our national economies.  The capacity of Governments to address infrastructural needs and other developmental challenges, in line with our Sustainable Development Goals is grossly diminished.

“The resources meant for developmental programmes are being channeled to fight terrorists and violent extremists, who are currently rampaging our continent,’’ the President said.

The commission reports on prevention and combating of terrorism and violent extremism and on unconstitutional changes of government in Africa was presented by the chairperson of the African Union Commission, H.E. Moussa Faki Mahamat.

The report looked at persistent threats, evaluated current response mechanisms, and decided on the specific actions and measures necessary to strengthen the collective security of member states facing terrorism and violent extremism.

The report also recommended actionable measures needed to stem the upsurge on the continent.