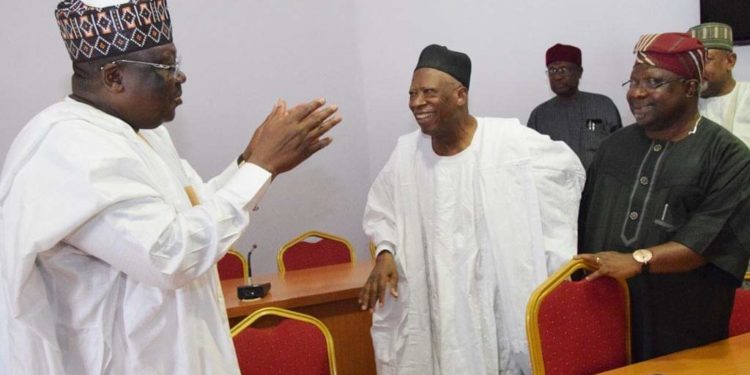 The national chairman of the All Progressives Congress (APC), Senator Abdullahi Adamu, has expressed worry over the gale of defections of Senators from the ruling party to the opposition parties.

Adamu spoke to journalists on Wednesday after a closed-door meeting with APC Senators at the National Assembly complex in Abuja.

He admitted that while the party was worried about the gale of defections, nothing can be done to stem the tide.

According to the APC national chairman, defections are normal during election year as those who feel dissatisfied with the outcome of party primaries are free to test their popularity in other political parties.

Adamu’s reaction came after a gale of defections hit the ruling party in the Senate in the last two days.

On Tuesday, three Senators from the party defected to the Peoples Democratic Party (PDP) and New Nigeria Peoples Party (NNPP).