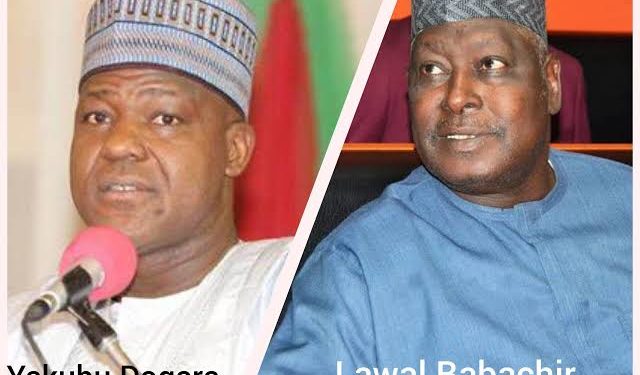 Late Chief Sunday Awoniyi was a proud Northern Yoruba and Christian who, when in 2004, he was popularly elected as the Chairman of the apex Northern socio-cultural group, Arewa Consultative Forum (ACF), made statements that provoked a lot of thoughts about the North. He characteristically remembered the past with nostalgia, lamented the collapse of values and strongly recommended reorientation towards the restoration of the lost glory.

Awoniyi, though a Yoruba and therefore a minority in the North, was always himself who never allowed sentiments or complexes to take any part of him. His rise in the Northern political leadership structure and eventual emergence as the ACF Chairman were clear testimonies that his ethnic and religious backgrounds were never obstacles to him on his way to the top.

The late elder was a positive man who never considered ethnicity and religion as tools of discrimination or blackmail and therefore associated with fellow Northerners and other Nigerians ordinarily. It was even this enlightened disposition that generated for him tremendous recognition and respect from across all Northern communities.

In public service, politics and other community engagements, Awoniyi had remained a fair-minded, considerate and realistic individual whose views were expressions of a genuine desire for peaceful co-existence among the Northerners in particular and Nigerians in general. His association with the late Premier of the defunct Northern Region, Sir Ahmadu Bello Sardauna of Sokoto, to which he regularly referred just to show the cordial relationship that existed among the Northern political leaders, is still a subject of study for the present politicians.

Awoniyi’s pronouncements and attitudes were, in fact, clear lessons and messages for Northern Christians, especially those with the tendency for the deployment of religion as a tool of blackmail. When he said, shortly after he was chosen as the ACF Chairman, that he never saw himself as just a Yoruba and/or a Christian who could suffer discrimination on the basis of those identities, he simply meant that he carried himself along and pursued his careers without any suspicion against anybody or apprehension over the possibility of any form of discrimination against him.

In other words, he deliberately conditioned his mind to accept the fundamental fact that there was no design by any community to thwart his plans or spoil his chances and possibility of growth. It was therefore this particular feeling that made him acknowledge the contributions of a lot of people to his own success in the various spheres of life and consequently vowed to pay back in the best way he could.

There are really takeaways in the life of Awoniyi for everybody: Northern Christians, Northern Muslims and all other Nigerians. His courage, confidence, patience and trustworthiness were and are still rare assets and therefore worthy of emulation by the diverse communities in the North.
Challenges of politics, governance and development are more in the North than in other parts of Nigeria because the examples set by elders like Awoniyi have been largely discarded. What exists now in place of all the tolerance, accommodation and solidarity that were preached and demonstrated by the Awoniyis are suspicion, blackmail and such other negative tendencies that have been the obstacles to peace and development in the North.

The issues around the forthcoming 2023 General Elections, especially as they pertain to the Muslim-Muslim formula for the presidential election adopted by the All Progressives Congress (APC) has further exposed the North to the dangers of the manipulation of sentiments. The clear reactions of, for example, the former Speaker of the Federal House of Representatives, Mr Yakubu Dogara and the former Secretary to the Government of the Federation, Engineer Babachir David Lawal, both of the All Progressives Congress (APC), are a rebellion against the legacies of the Awoniyis.
The two of them are prominent Northern politicians who, as Christians, have chosen to use the APC’s Muslim-Muslim ticket to whip up religious sentiments that can further aggravate the hostility among Northern communities. By arguing that the selection of the former Governor of Borno State, Kashim Shettima, as the Running Mate to the APC Presidential Candidate, Ahmed Bola Tinubu, is a practical expression of a desire to subjugate the entire Northern Christians, they have embarked on a mission that is evidently destructive to the North.

Theirs is, of course, an argument that have already been countered in various ways by those whose sensibilities have been injured by the expressions of the two angry politicians. A lot of the reactions are a disapproval of their position which is being widely dismissed as more a manifestation of frustration than a defense of Christians’ interests.

It is, after all, not known how Babachir Lawal and Yakubu Dogara can be ambassadors or true defenders of the Northern Christians. It is equally confusing or even unbelievable that the two of them whose main vocation is the pursuit of their political interests have suddenly begun to worry about the collective interests of a religious community in the North.

There is a validity in the conclusion that this approach is a politics taken too far, which if not quickly moderated, can wreak havoc on the North. The kind of ideas they are pushing which is indicative of an intention to instigate one Northern religious community against the other should be properly understood for what it is and fully resisted.
It must have been absolute insensitivity to the basic concerns of the Northerners that has made the two politicians and their likes to use a decision of a political party or, more precisely, a candidate to fan the embers of disunity and hostility between two dominant religious communities. The result of their machinations will definitely be the escalation of the security challenges that are already a threat to the North and its peoples.

These new champions of the Northern Christians’ interests are clearly trying to destroy what elders like Awoniyi built for Christians and other people of the North. Their attitudes are clearly a counter to all the efforts made by the past leaders across all communities in the North towards the construction of a formidable geo-political entity that has a place for its own.

They are, therefore, unworthy successors of those highly-respected leaders who toiled hard and finally bequeathed to all Northerners sound legacies. It is the sustenance of all those legacies, not destruction of them, that should be everybody’s business in the North.