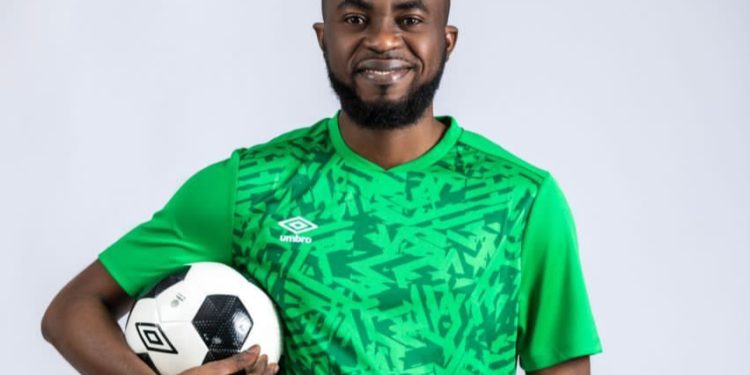 Max FM sportscaster Bolarinwa Olajide maintains his spectacular rise as one of the best in the business and has proven that passion can power a career. Popularly known as Star B, the broadcast journalist who brings his over ten-year experience in sports journalism to bear in providing thrilling coverage and analysis of sports news to the delight of the listening public, is the host of Max Sports on Sunday, from 3 to 7 pm.

The Max Sports show―which parades a mix of eloquent, analytical, passionate, funny, witty and well-informed sports commentators and analysts―is presently one of the favourite sports shows on Nigerian radio, with the award-winning journalist having successfully established an inimitable way of giving his listener a quick round-off of all the happenings in the world of sports.

“The sporting week ends here and this is where all the trending stories in football, F1, boxing, basketball, tennis, golf and more are discussed in a fun way,” listeners regularly hear him announce.

Trained in sports journalism at the Federal Radio Corporation of Nigeria, FRCN, (now National Broadcast Academy) and with an eight-year career at Nigeria Info FM, Bolarinwa Olajide has to his credit the coverage of some of the biggest sporting events in the world.

Similarly, he has interviewed some of the biggest names in the sporting world including the maverick Portuguese manager, Jose Mourinho, Manchester United and Barcelona legends, respectively Rio Ferdinand and Carles Puyol, among others and a long list of Nigerian star players that include Kanu Nwankwo, Austin Okocha, Stephen Keshi, John Obi Mikel, Osaze Odemwingie and Samson Siasia.

His versatility is also reflected in his known fervour for Formula 1 which he covers as a fan and an analyst, having twice travelled to UAE to cover the season-ending Abu Dhabi GP.