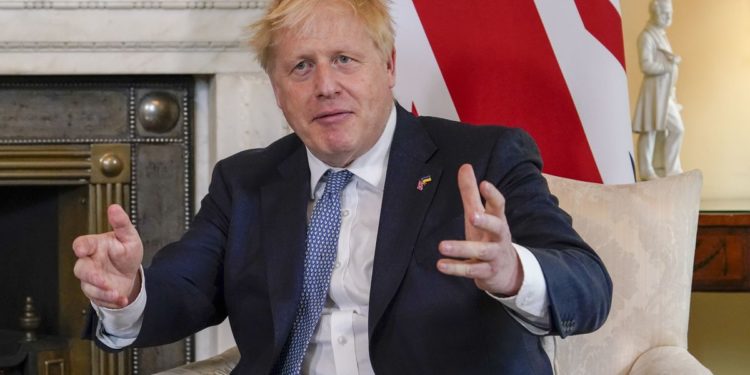 This editorial was first published in April. As Boris Johnson is forced to resign on the basis of the issue raised here and more, we re-present it for the lesson it contains.

The COVID-19 pandemic, when it broke out, made an attempt on the life of the Prime Minister of the United Kingdom (UK), Boris Johnson. He survived it. Only just. But the virus is not done yet as it is making a daring attempt on him again, this time, on his political career. Many have doubts that he will survive it unscathed.

The second time brush with the ailment was self-inflicted in a country where the rule of law is sacrosanct. Violators of the law, no matter how highly placed, live to regret their actions. Prince Andrew is doing exactly that and Johnson may follow suit sooner than is expected.

The pandemic made its own rules which nations, anxious to preserve the lives of their citizens, amplified. In the UK, as in all countries of the world, one of the rules was no out-door activities which were declared illegal following the lockdowns that confined people to their homes.

When, therefore, it was revealed that the Prime Minister did observe the rule made by his own government more in the breach, that actually while other citizens were dutifully observing the lockdown, making sacrifices for the collective, Johnson and some of his friends, including those serving in his government, were making it out on the lawns of Number 10 Downing Street, the official residence of the British Prime Minister.

The citizens who suffered deprivations at that time were filled with righteous indignation over the hypocrisy, insensitivity and above-the-law inclinations of some of their top- most leaders. The rules meant that people were not able to gather for birthday parties, to say final goodbyes to dying relatives in hospital – or attend their funeral services. Many cancer patients were also forced to wait for diagnosis and treatment because of regulations imposed on the public by the government.

It was from this standpoint that the anger of the public is being perceived. The outcry led to investigations that eventually implicated the Prime Minister and found him guilty as charged. He was asked to pay a fine of 50 pounds sterling which many consider symbolic or even a slap on the wrist considering the weighty nature of the offence. He promptly paid the fine and accompanied it with a public apology on the obvious indiscretion and said that he “humbly accepted” that he was in breach of the rules.

Thus, Johnson, the politician with a swagger, went into the record books as the first sitting head of government in the United Kingdom to be punished for breaking the law. And that is the critical import of the matter which is to reassure the people that they still live in an environment of the rule of law. That the law can, at all times, hold their leaders to account for their indiscretions. His political opponents are latching on this incident to initiate calls for his resignation on the argument that he has lost the credibility to govern. But Johnson has vowed not to resign just as many believe that his political career is all but over. Among the Igbo of South east Nigeria, disgracing a king is worse than killing him. Regardless of what happens in the next British election and no matter the action of the electorate, Johnson stands humiliated. And he knows it.

It is probable to conjecture that Johnson will be regretting that he is not a Nigerian. If he were, nothing would have happened. Not an investigation, not a guilty charge let alone any one suggesting he pays a fine. Which police officer, no matter how highly placed, would have had the temerity to look the president in the face and proclaim him guilty of an offence. It doesn’t matter what offence. He surely would have gotten away with it.

This newspaper recalls that during the same period in the country, while the rest of the nation were forced to remain in-doors, the leaders in Nigeria were doing their own thing as if the law was not made for them. At that time, politically-exposed persons, in spite of the lockdown, hosted their children’s wedding parties and attended the funerals of their class members. All they did was to add that all COVID-19 rules will apply as if that was the main concern of the health authorities who argued, persuasively, that rules, especially gathering of crowds, must not be allowed to happen.

It is pertinent to point out that in the thick of the pandemic, the funeral of a prominent member of this administration who died of the ailment, attracted dignitaries who attended his obsequies, some with not as much as wearing a mask. This they did disregarding the expectations of the public on how the political leaders should behave, that is to say, live by example. They got away with it. But UK is not Nigeria. And that is what makes the difference between a developed and an underdeveloped nation, between a nation where the law is not a respecter of persons and one in which some, like in the animal kingdom, are above the law.