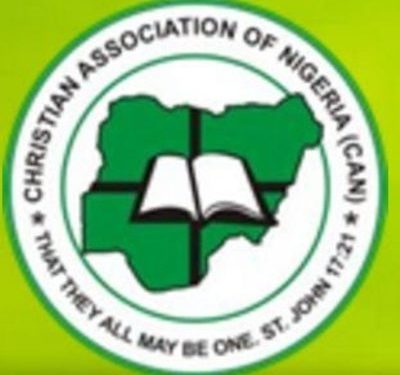 Christian Association of Nigeria (CAN) has expressed worry over rising attacks on churches and Christian communities in the country.

The CAN chairman, Kaduna state chapter, Rev. John Joseph Hayab, in a statement made available to journalists in Kaduna, said the situation called for serious concerns.

“Bandits are now hardened and brutal, they are killing without mercy and the rate at which they have turned on the Church in Kaduna State and Nigeria is alarming and worrisome.

“CAN has cried, complained and protested but to a deaf government. The bandits know and understand that the government will only talk but cannot act or cause them any threat that is why they are advancing more against our people.

“The last three weekends have all been periods of mourning and anguish from our communities to the church.”

While condemning the killing of Rev Fr Vitus Borogo, he called on the church, Christian leaders, and any community that is exposed to the threat of the bandits to sleep no more and be awake and alert with what to defend themselves.

“The killings are too much and the lack of concern by the government is disappointing and disgraceful,” he said.

Hayab, therefore, urged all Christians to continue to pray with one eye open and with their object for defence in their hands.

Also, leaders of the Southern and Middle-Belt regions of Nigeria have condemned the continuous targeted terrorist attack on churches as well as the kidnapping of church leaders across the country.

This is as the leaders, under the auspices of the Southern and Middle-Belt Leaders Forum (SMBLF) berated the Peoples Democratic Party (PDP) and five other political parties, for nominating presidential candidates from the North for the 2023 election, in total disregard of the time-honoured principle of rotation between the North and the South.

SMBLF, in a communique issued at the end of its extraordinary meeting in Abuja at the weekend, condemned the haphazard manner in which the ongoing continuous voter registration exercise was being conducted by the Independent National Electoral Commission (INEC) in parts of the country.

It reads in part: “That the state of insecurity in the country is worsening by the day, with devastating impacts on the welfare and livelihood of ordinary Nigerians, thus, calls on the Federal government to take urgent steps to stem the tide and assuage the suffering of Nigerians;

“Forum denounces the spate of targeted terrorist attacks on churches and abduction of church leaders, in the country;

“In this connection, condemns, in strongest terms, the daring attack on St. Francis Catholic Church, Owo, Ondo State on June 5 by gunmen, killing no fewer than 40 people and injuring many other worshippers; describes as worrisome the hasty and doubtful conclusion by the Federal Government that the dastardly act was carried out by the Islamic State of West Africa Province, ISWAP;

“Further condemns the incessant killings of the indigenous peoples and decimation of communities in the Middle Belt Region, in particular, the current escalated war on Southern Kaduna, targeting communities and churches in Kajuru Local Government Area of the state, with reports of helicopters dropping weapons and supplies to the terrorists in their locations;

“SMBLF equally decried the continued confinement of victims of the Kaduna Train attack in the terrorists’ labyrinth after 89 days as well as several other Nigerians who have been held by terrorists and criminals for months; calls on the Federal Government and security agencies to secure the safe release of all victims.”

The communique added: “SMBLF firmly reiterates its stance on the principle of zoning and power rotation between the North and the South, as the fulcrum on which the Nigerian Federation has, since independence, been premised;

“Commits to, in due course, engage with the appropriate presidential candidates and afterwards decide on which of the candidates to recommend to the peoples of Southern Nigeria, the Middle Belt region and indeed, all Nigerians of goodwill, for consideration at the polls in 2023.”

The SMBLF called on INEC to nip in the bud anything that will obstruct the smooth conduct of the 2023 general elections in the country.

It said: “Forum notes the current upsurge in youth voter registration and implores all young Nigerians who have attained the age of voting to go out in their numbers to exercise their constitutional right.”