by Agency Report
in Opinion
0 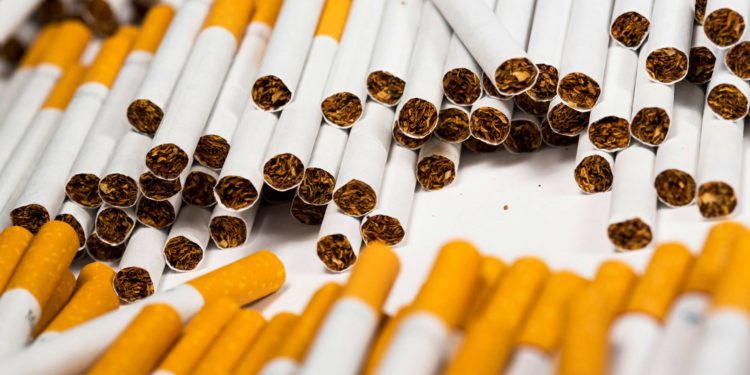 In spite of its apparent harm, available statistics indicate that no fewer than 1.1 billion, out of the world’s 7.8 billion people, are cigarette smokers. In fact, The Tobacco Atlas’ report indicates that tobacco smoking causes 7.7 million deaths – including 1 in 5 deaths in males worldwide. It is widely believed that tobacco use is the leading cause of preventable death in the world.

For one, tobacco smoke contains more than 7,000 toxic chemicals, and a lifetime of smoking subtracts at least 10 years from a person’s life on average. Approximately one quarter of productive years of life lost to disability are due to tobacco-attributable diseases.

There is no contesting the fact that continued use of tobacco poses serious threats to the life of smokers. Perhaps this is part of the reasons why the World Health Organisation and indeed, governments across the world, have challenged the tobacco industry to come up with an alternative that will reduce the toxicity of tobacco products.

Determined to mitigate the negative impact of tobacco on both people and environment, a move that has continued to emphasize the need for harm reduction, governments and non-governmental organisations across the globe are championing full implementation of measures to control cigarette consumption.

Even though the world makes about 850 billion USD on tobacco taxes annually, emphasis is increasingly being placed on how to make people switch from cigarettes completely and irreversibly because of its inherent harm.
Fundamentally, the need to ensure tobacco harm reduction is part of the reason for signing of The WHO Framework Convention on Tobacco Control, which provides a global response to the tobacco epidemic.

Being the first international treaty negotiated under the auspices of WHO, Framework Convention on Tobacco Control provides a framework for countries to cooperate on tobacco-related actions and policies. It aims to protect people in all countries from the health, social, environmental and economic effects of tobacco. Central to this convention is the need to take measures to protect all persons from exposure to tobacco smoke.

Interestingly, one of the leading manufacturers of cigarettes, Philips Morris International-PMI-, is taking the lead as far as quickening the moves towards a smoke-free world is concerned. The organisation is doing this through its massive investments in research and development aimed at providing smokers with access to alternatives that have less risk.

Through massive investments in research and development, PMI has worked out viable alternatives for smokers comprising of the oral smokeless, heated tobacco, e-Vapor and nicotine pouch even though the organisation’s driving principle is for non-smokers not to start, smokers to quit or worst case scenario, use less harmful means like oral smokeless and e-Vapor.

Speaking recently, PMI’s vice president international communications, Tommaso Di Giovanni said these products which are the outcome of long years of research, have been proven to be effective even as they have been launched in 71 markets (countries) across the world.

“Twelve million, seven hundred people have switched and stopped smoking,” Giovanni said, adding that as at the last count, no fewer than 21.7 million people are using PMI’s smoke-free products.

Interestingly, he hinted at the organisation’s ambitious but realizable plan of being in at least 100 markets and making no fewer than forty million, people switch to smoke-free products by 2025.

It is fitting that the smoke-free products are gradually gaining acceptability across markets in the world and with sustained push; the drive for a smoke-free world will be realizable.

But the fundamental concern is how best to make the product both accessible and affordable for low and middle income consumers who form no fewer than four hundred million of the world’s 1.1 billion adult smokers.

To address this, PMI said it has elected to invest massively on the production of these alternative products in line with its desires to support harm reduction. However, can it do this alone? Certainly not!

One way out is to admit the fact that achieving the ambitious task of a smoke-free world requires collective efforts of all the critical stakeholders like governments across the globe who must be committed through effective legislation and the implementation thereof; non-governmental organisation through sustained advocacy and mass awareness campaigns; opinion leaders and consumers who must commit to change.  Indeed, a multi-stakeholder engagement is necessary to have a smoke-free world

By and large, a combination of three fundamental factors: scientific evidence, real life evidence and consumer demands have propelled the move towards a smoke-free world.

A recent study by a US-based international research firm, Povaddo, showed that societal expectations of total abstinence from substances such as nicotine and alcohol are not feasible, and so the government should take steps to reduce the harm of their use.

Principally, efforts must be on how to best ensure that the negative impact of tobacco to both people and the environment is reduced considerably.

Perhaps this is where the current efforts of PMI whose work towards a cigarette free future is legendary,  deserves not just accolades but the support of government and other critical stakeholders.

Indeed, with a multi-stakeholder engagement, terminating cigarettes in the next few years’ time, in the market can be achieved.