Climate Change: Nigeria To Receive From $12bn US Fund, Agree On Transition Plan 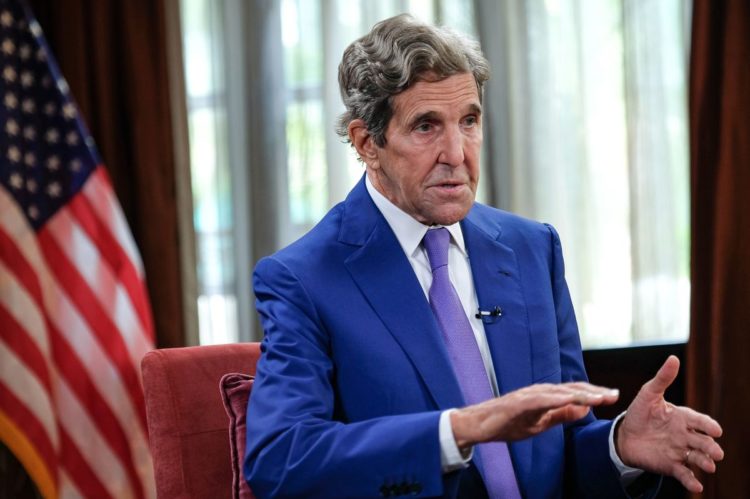 The Nigerian government has agreed to work together with the United States of America, (USA) to develop the federal government programme of using gas as a transitional fuel in the push to reduce carbon emission.

With the agreement, the country is expected to benefit from the $12 billion Emergency Programme for Adaptation and Resilience put in place by President Joe Biden to help countries to reduce the obvious impacts of the climate crisis

US special envoy on Climate Change, Sen. John Kerry in Abuja, who made this known during a meeting with Nigeria’s minister of state, Petroleum Resources, Timipre Sylva, in Abuja, yesterday, said the US government said it would also assist Nigeria in developing technologies for wind and solar energy.

Sen. Kerry also stated that his country would also provide technical support to Nigeria on its decarbonisation programme for its crude oil resources.

“We agreed today in our discussions that we’re going to work very closely in our working group to be able to develop further the plan going forward with respect to both the deployment of gas as a transitional effort, but also the important deployment of clean, renewable energy, and particularly solar and wind.

“In addition, we specifically agreed to a programme of technical assistance which we will provide in order to further the hydrocarbon sector, methane abatement and decarbonisation programme, which we’re going to work on together. And this initiative is going to be supported by the Department of State, Energy and Mineral Governance programme in order to align with Nigeria’s participation in the global methane pledge. So we really look forward to some progress here and I hope we’re going to come up with some strong mutually agreed upon initiatives as we go to Sharm el Sheikh”.

The former United States Secretary of State, who stated that the world needs to cut emission by 45 per cent by the year 2030, however, acknowledged that 80 per cent of all the emissions in the world come from 20 countries, adding that “at the same time, 48 sub Saharan African states are responsible 0.55 per cent of all emissions.

“So that is a reality with which we are all dealing and it has profound implications. At the same time, let me be clear, we’re all in this together. Nobody entered the Industrial Revolution suggesting that the outcome was going to be the climate crisis”.

Speaking earlier, Chief Sylva said having suffered from the negative impact of climate change while contributing less than a percent of global emission, Nigeria and other countries in sub-Saharan Africa deserved to be compensated by the developed countries.

He noted that Nigeria needs to provide energy and clean cooking fuel for its people, emphasising that the country was not a big carbon emitter.

“We are not denying that climate change is real. We accept the problem of climate change and we would also like to be in the energy transition train but we have certain realities that the world must take into account.

“Our reality is that we have a huge number of people without access to electricity and we don’t have funding and the technology to be able to achieve this transition the way the rest of the global community would like us to do.

“And if we come together and collaborate we probably might be able to create that synergy and funding and the basis for us to move at the same pace”.

Respite As Diesel Price Drops By 11%

Respite As Diesel Price Drops By 11%