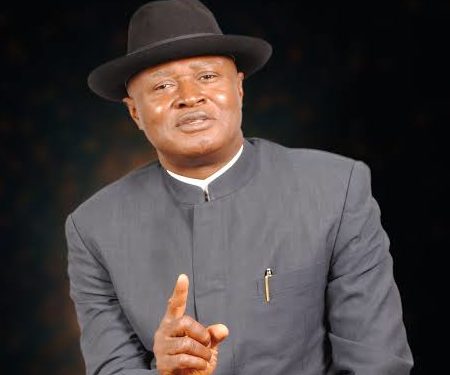 Senator Mathew Mbu Jr has charged the leadership of the All Progressives Congress (APC) in Cross River State to provide a level playing ground to all aspirants jostling to occupy the seat of Ikom/Boki federal constituency of the State in the 2023 elections.

Mbu, who once represented Cross River Central in the National Assembly, gave the charge while reacting to information making the rounds in the media space that the leadership of the party gave a standing order, directing ad-hoc delegates to meet in Ikom on Monday for affirmation of Chief Victor Abang, a.k.a Mature, as the APC sole candidate for Ikom/Boki federal constituency contest.

Mbu charged party stakeholders in the state not to compromise the electoral process, but engage in fair play so as not to spark up crises during process.

He said that if the yet-to-be conducted poll is to hold peaceful, the party needed to provide a level playing field rather than deploy undemocratic process to select the party flagbearer for the constituency.

A letter from Senator Mbu, addressed to the Cross River State governor, Prof. Ben Ayade, on the issue sighted by LEADERSHIP correspondent in Calabar, reads: “Please in the interest of peace and fair play as far as Ikom/Boki federal constituency is concerned, let all aspirants meet again to decide who to represent them.

“Where they fail to produce one person amongst themselves and thereafter they can go to the field to test their popularity.

“I have been informed that a former lawmaker in the constituency wants Chief Victor Abang (Mature) to be the crowned aspirant with the claim that he is the leader of the constituency. This can’t be.

“Well that’s his right and opinion but as far as Boki is concerned, I am the political leader of my people, therefore the former lawmaker can’t decide for the Boki people.

“All aspirants are my people and this is why the contest must be free and fair and where they failed to produce one amongst themselves then they can have the contest in the field.

“We must think and do things that will enable us win the primary election. This is my position,” Mbu stressed.