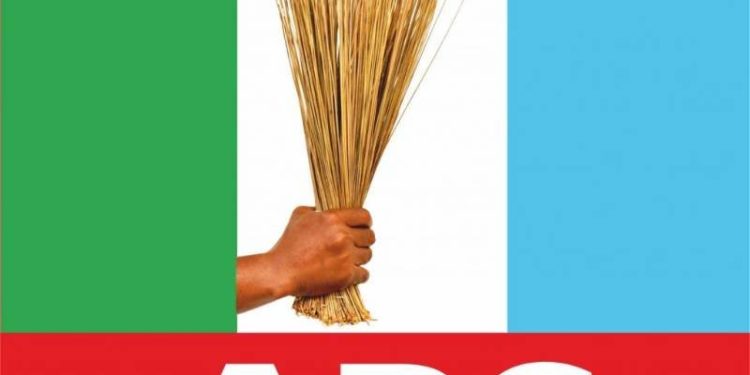 Ogboji in an interaction with newsmen alleged that himself and the ward secretary, were yesterday summoned by the leadership of the party to sign the suspension letter of Mrs Ago-Eze.

There has been controversy between Mrs Ago-Eze and the state governor, Chief David Umahi over who is the authentic candidate of the party for Ebonyi South senatorial seat in the state.

The matter is currently pending at the Court of Appeal Enugu. Ogboji noted that they declined signing the purported suspension letter following the unanimous decision of the APC stakeholders of Onicha local government area to allow the court determine the matter.

He said, “Yes, there is a plot to suspend Ann Agom-Eze. The chairman and secretary of Umudomi Ward were invited by the zonal chairman (Ebonyi South) of the APC in the presence of others to sign a document purporting to suspend her.
“But we declined and insisted that we would want to first discuss it with the ward executives and stakeholders, before taking such a decision.
“Based on that, a meeting was convened comprising the executives and stakeholders”.
“I don’t think we should have done anything about it now, because the matter is already in court. And I think everything should remain the way it’s until the court determines the matter. We are law-abiding party people and I don’t think we can go against the law of the land.
“I don’t think it was wise for us to sign the suspension letter, because the matter is still pending in court and I will never sign such letter. I am even of the opinion that we don’t have the legal right to discuss it, let alone sign it.
“We can’t do that. Even if the APC leadership in the state considers that to be sabotage or an act of disobedience, I don’t care because all I know is that I will always do the right thing and allow justice to prevail,” he said.
In her reaction, Mrs Agom-Eze accused Governor Umahi and the state leadership of the party of being behind the plot to suspend her and urged her supporters to remain peaceful and calm.
“It’s obvious that the governor is behind all the moves to suspend me from the party. I call on all my supporters to remain calm and law-abiding,” she said.
In a swift reaction, the publicity secretary of the party in the state, Chidi Ogbuatu Simba, said Mrs Agom-Eze committed many offences that should warrant her suspension from the party. He said, “Yes, she has committed expulsion offences and breached constitutional norms.”