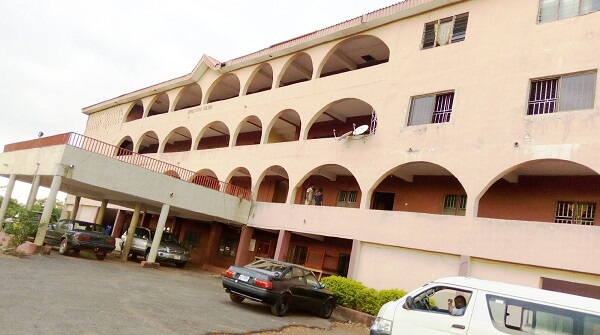 Management of Caritas University in Amorji-Nike, Enugu State has expressed excitement over what is now referred to as a miraculous outage of the gas fire incidence that occurred within its premises between May 22 and June 14 this year. The management staff said God heard their prayers and mysteriously put off the fire that ranged for 21 days.

The fire incident defiled all conventional and technical measures by government and non-state fire services for the period but went off on its own on the 14th of this month.

The incident was caused by the activities of some contractors who were drilling a water borehole on the university premises.

About 24 companies and government agencies got involved in the curtailing of the fire. They could not stop the fire.

“The light went off itself miraculously. On our own we know it’s Jesus that did the miracle and and made it possible for the light to go off,” deputy vice chancellor of the university, Prof Michael Orji said yesterday while conducting journalists round the site of the fire incidence. No fatality was recorded, according to Orji.

The deputy vice chancellor appreciated the federal and state governments and other stakeholders for their prompt response to curtailing the fire.

He told reporters that the university will go on with the drilling of the water borehole in the school, but would employ more technical measures in doing so. “We still have the intention of going on with water exploration. In terms of getting water, we will go on but we will be guided technically,” Prof Orji stated.

He said the school incurred loses, including spending much money trying to curtail the fire. Asked how much was spent as part of efforts to get solution to the situation, Orji simply said “it’s huge amount of money,” saying that it cannot be immediately quantified.

Meanwhile, Oweri zonal coordinator of the Nigerian Upstream Petroleum Regulatory Commission (NUPRC), Engr Enorense Amadasu has disclose that his commission is currently investigating the actual and remote cause of the gas fire and emission incident.

Engr Amadasu said the NURPC has deployed a manager to be in charge of the area with a mandate to ensure the well is properly secured. “We recognised that we needed to quickly put off the fire because of the challenges inherent in the incidence,” Amdasu said while providing incite into the commission’s effort to put out the fire.

Government had said it would carry out specific detailed study on the environment. Engr Amadasu said NURPC will do various investigative studies in the area. He failed to say when the report of the proposed study would be completed. The zonal coordinator also ruled out the possibility of the suspected gas substance coming out from existential pipeline in the area. He said government would do general survey on gas deposit in the region.

Dr Martin Anagboso who was there when the fire and gas emissions went off said there was no issue of death in the incident as was reported by some an online newspaper. He said the university quickly created an over zone round the fire point to ensure that the fire didn’t extend to other facilities of the university.

Managing director of Welltest Solutions Ltd, a technically advanced software products developer for the analysis of pressure transient tests in oil and gas wells said the place has been safely sealed and secured for human habitation.