Federal Govt To Depend On Renewable For Off-grid Electricity Provision 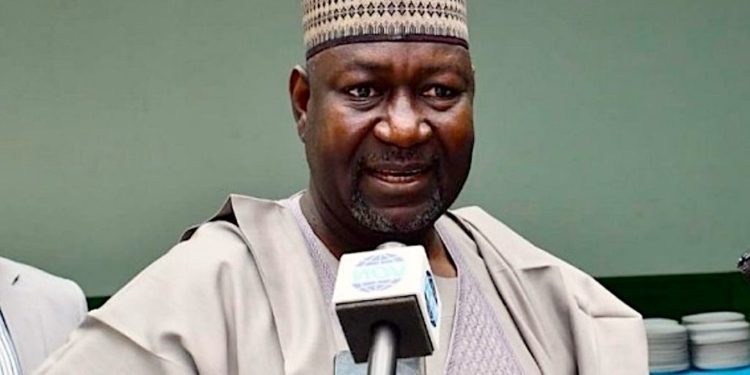 Minister of Power, Abubakar Aliyu has reaffirmed that provision of electricity to rural areas through conventional means is costly.

Speaking at the launch/workshop of the Regional Off-Grid Electricity Access Project (ROGEAP) yesterday in Abuja, Abubakar said the federal government will depend on renewable energy which locally available.

“Renewable energy is locally available and can be used for heating purposes and supply of electricity; it helps to reduce dependence on imported fossil fuels, enhance national energy security, reduce oil import bills, thereby reducing poverty” He said the ROGEAP project has been designed to provide solutions to improve the living conditions of the populace.

While declaring the workshop/launch opened, he further said the Ministry had collaborated with ECOWAS Center for Renewable Energy and Energy Efficiency (ECREEE) which is an agency of the Commission since 2017 on implementation of the Regional Off-Grid Electrification Project (ROGEP) project.
“ROGEP as conceived entailes the development of Solar Home Systems (SHS) to rural areas by providing developers with soft loans funded by the World Bank. The loans are to be issued by World Bank through intermediary banks and the interest to be borne by the project developers. Government was required to guarantee for payment of energy provided in essential sectors such as Public Health Centers and Public Schools only”
The Minister who was represented by Director, Renewable and Rural Power Access, Engr A.D Abubakar said though the project which had considerable achievement was halted due to the expiration of the effectiveness period , the ECOWAS Commission is launching ROGEP project under a new name Regional Off-Grid Electricity Access Project (ROGEAP) to increase access to electricity for households, commercial enterprises, public institutions and for productive uses, through stand-alone solar photovoltaic systems, in West Africa and four countries of the Sahel regions.
Speaking earlier, the representative of ECOWAS and “Conseiller Principal” El hadji Sylla highlighted the importance of energy in achieving sustainable development and poverty reduction in regions using modern stand-alone sola technology through a harmonized regional approach. He said the project has two main components which are development of a regional market for Off – Grid sola PV system and access to finance.
The project is expected to support member states set a favorable framework to develop the solar off-grid market and to promote private sector participation.
The workshop which is the first activity of the project had in attendance participants from government and related agencies, the private sector, financial institutions, Development partners / technical partners, Civil Society Organizations and the Media who are expected to validate the workshop report.