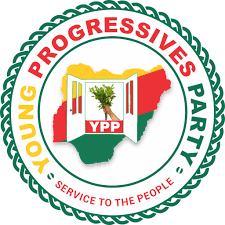 Announcing the result, the national organising secretary of the party, Moses Williams, applauded delegates for returning Dr. Orya unopposed and urged them to ensure his success at the election.

In his acceptance speech, Orya commended the state working committee and delegates for their support and urged party members especially the youths to ensure that they get their Permanent Voter’s Card (PVCs). He said the PVCs is the only sure way to vote out money bag politicians who have been parading themselves since 1999.

Orya, who also lamented the decay of the Benue economy, said as a prominent indigene of the state who has worked for over three decades in the financial service industry, he has the capacity and competence to transform and improve the economic situation in the state.

On why he abandoned his former party, Peoples Democratic party (PDP), Orya said “I left PDP because I was not comfortable with the zoning and the so called consensus arrangements, Benue State is in a critical situation of decay and what we need now is urgent attention that can restore the lost glories of our youths and as well secure the future of our children not zoning.”

The former banker also lamented the situation where Benue graduates are seen across the country doing menial jobs in shopping malls and hotels to earn a living, attributing the poverty level in the State especially among youths to greedy politicians who are eating into the destiny of the youths.

“Enough is enough, if elected come 2023, we will use our land and natural resources the State is endowed with, to engage every youths, our agricultural value chain alone can engage almost all the youths in the State in meaningful ventures and this will reduce crime to the barest minimum”

“Since 1999 to date the Two political parties have been zoning and zoning without results, where has the zoning led us? And where are we now? my coming into governance come 2023 is to create wealth and give the teeming youths opportunities to excel, and I know how to make money instead of folding my arms and waiting for crumbs from Abuja”

Earlier the State chairman of the party Dr Godwin Hough commended delegates for taking a bold step that will liberate the people of the State especially the youths from abject poverty.

While calling for all members of the party to rally round the Guber candidate to ensure his success come 2023, Dr. Hough said the emergence of YPP candidate as the Governor come 2023 is securing the future of our children.