by Our Correspondent
in Featured, Business
0 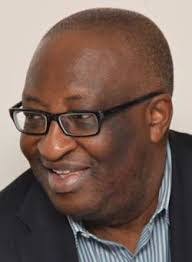 Professor Akpan Hogan Ekpo is an economist and scholar whose footprints have gone beyond the shores of Nigeria. At present he is the Chairman of the Foundation for Economic Research and Training in Lagos.

He is also currently a Professor of Economics and Public Policy at the University of Uyo, Akwa Ibom State, Nigeria. Professor Ekpo was before this the Director General of the West African Institute for Financial and Economic Management (WAIFEM), a position he held from 2009 to 2018.

To Professor Akpan Ekpo, his achievement in life has been driven by hard work and consistency in doing what is right. According to him being consistent in whatever he set his mind to do has been a major plus in his life as well as his striving for merit at all times.

As an economist, his passion is not just solving economic riddles but also carrying people along on the path of success. “Based on my background, I realise that I should never exclude the downtrodden.

“At any point in time I should always strive to enhance the welfare of people especially the downtrodden.” He is also a strong believer in the emancipation of the African race as well as firm adherent of obeying rules and following due process.

As an educationist, he has lectured in Universities in the U.S.A., Zimbabwe, and Nigeria. He has served as the Vice Chancellor of the University of Uyo as well as Akwa Ibom State University.

This is in addition to being a visiting scholar at both the World Bank and the International Monetary Fund. He was the rst occupier Chief Anthony Ani Chair, Professor of Public Finance.

He has advised all levels of government (Municipal, State and Federal) in Nigeria. Between 1996 and 1999, he was Chairman. Ministerial Advisory Committee, Federal Ministry of Finance, Abuja. He was Technical Adviser to the Vision 2010 Committee.

He was also Editor of the Prestigious Nigerian Journal of Economic and Social Studies from 1997 – 2003. He serves in various government boards and boards of companies.

He was once Chairman, Ministerial Advisory Committee, Federal Ministry of Finance, Abuja from 1994-98; a Non-Executive Director of the Central Bank of Nigeria and Member of its Monetary Policy Committee, 2005-2009. He was Technical Advisor to the Vision 2010; member of the Steering Committee to Vision 20:2020; member of the Economic and Recovery Growth Committee and has participated at various federal and state governments policy-making committees in Nigeria.