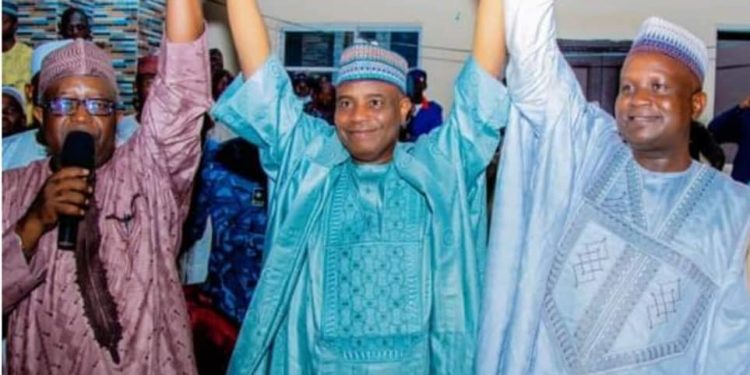 The governor of Sokoto State, Aminu Waziri Tambuwal, has been declared the senatorial candidate of the Peoples Democratic Party (PDP) for Sokoto South.

LEADERSHIP reports that the governor, last week, stepped down for former vice president Atiku Abubakar at the presidential primary election of the PDP in Abuja.

Governor Tambuwal had previously represented Tambuwal/Kebbe federal constituency in the House of Representatives, where he rose to become the Speaker of the House in his third term.

By this declaration, the governor will slug it out with the incumbent Senator representing Sokoto South, Mohammed Danbaba, who recently dumped PDP for APC.