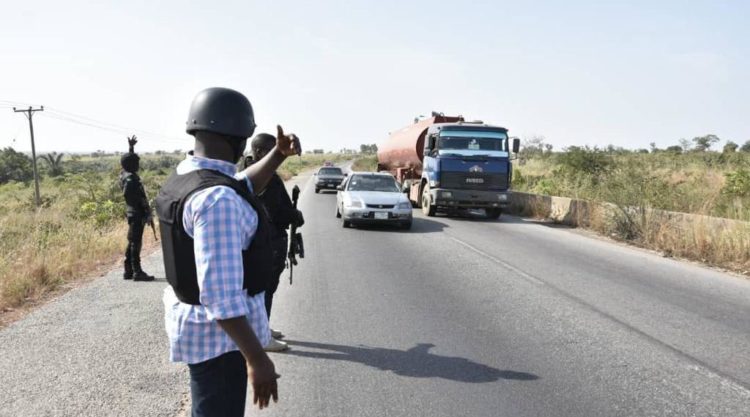 Kaduna State government has said the Kaduna-Abuja Highway is not isolated, deserted as private and commercial motorists arere plying it without any security breach.

The commissioner for internal security and home affairs, Samuel Aruwan, who stated this when he inspected troops deployed on the highway, dismissed the viral report that the convoy of Assistant Inspector-general (AIG) of Police in charge of Zone 12 was attacked on the highway.

Aruwan who interacted with the ground troops and motorists on the road, said “Operation Thunder Strike” also had the air component to complement the efforts of the ground troops to ensure safety of the highway.

He said the relative peace that had been witnessed on the highway in the past months was due to the tireless sacrifices of the troops.

Aruwan said the state government would continue to partner with the federal security agencies that are working hard to secure the highway: “As you can see, contrary to insinuation from some quarters, this is Kaduna-Abuja Highway, it is not isolated, it is not deserted, both private and commercial motorists are here plying the road.

“We are grateful to the military for the deployment of troops under the ‘Operation Thunder Strike’ and the Police Headquarters for ‘Operation Puff Adder’, who are securing the road. The road is now busy and even farmers who had hitherto abandoned their farms are now back, working on their farms.” Aruwan said.

Some of the motorists told journalists that the presence of the security forces on the highway was reassuring. They however urged the government to speed up the reconstruction of the highway, saying that, it would assist the tedious in manoeuvering the road.