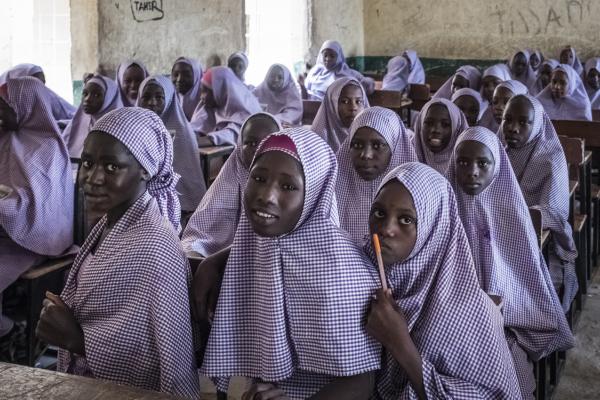 The United Nations Children’s Fund (UNICEF) intervention in the Girls’ Education Project (GEP3) in Katsina State has climaxed, with the state topping other states in the high literacy rate of young females.

The ten years project was sponsored by the  Foreign, Commonwealth and Development Office (FCDO) and executed by UNICEF in a treaty with the Federal Ministry of Education and the State Government.

Speaking during the official closure of the project, the UNICEF chief, field office Kano, Mr Rahama Ridood Mohammed Farah, said the project has increased access to learning for girl children in the state from 27.1 to 42.1 per cent.

Stressing further on the successes of the project,  he said, the project has increased the enrolment of girls to  1.5 million, removed barriers to learning for over 50,000 boys and girls through cash transfers, and changed perceptions of many parents on the importance of girl’s education

Farah said, “the partnership saw an overall improvement in the six states from 22.6 to 37 per cent; with Katsina state having the highest increase from 27.1 to 42.1 per cent in literacy rate of young women aged 15-24 years

“The rate of early marriage (under 19) in target states decreased from 49.3 to 30.1%, thanks to the partnership with High-level Women Advocates and others. Katsina state must be commended for passing new legislation on Children’s Access to Basic Education in the State and for connected matters aimed at promoting access to education for all, especially girls.

“ Gender parity in primary overall, improved from 0.71 to 0.87, and Katsina state again registered the greatest improvement from 0.75 to near parity at 0.99. This means Katsina State has now enrolled nearly an equal number of girls in primary as boys, overall, in terms of learner attendance, there has been a great improvement from 43% at the start of the project to 70% at its closure.”

Reaffirming that despite these considerable achievements of the project, there is still a huge need to invest more in education and girls’ education in Katsina and the north-west of Nigeria to ensure that all children have an equal opportunity to quality education.

Speaking earlier, the commissioner for Education, Prof Lawal Charanchi, said that the government had already prompted moves to ensure the sustainability of the project, adding that significant development of girls’ performances in national and international examinations indicated that the UNICEF GEP3 project was a success.

Reiterating that female student performed better than their male counterparts in the 2021 West African Senior School Certificate Examination (WASSCE) for school candidates, noting further that the success was connected to the commitment of the state government in collaboration with developing partners to empower girls in the state.

“Because the number of the girls that sat for the examination was lower than that of the boys, the boys scored 58 per cent while the girls scored 53 per cent, which is also higher.

“Five credits, including Mathematics and English Language, out of the total number mentioned above, 4,247 among the girls scored credit, that is 56 per cent, as against the males who scored only 48 per cent,” he said.

NCC Deploys 84 IT Projects To Support Persons with Disabilities