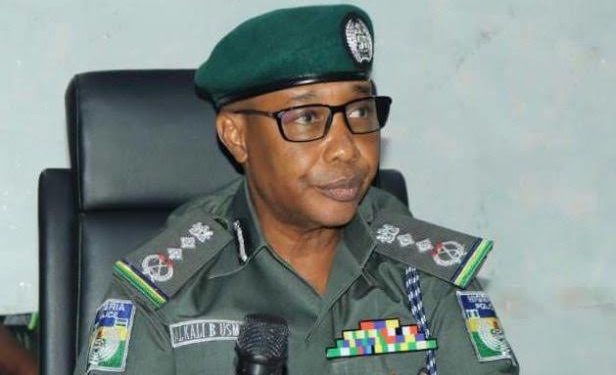 A new report has revealed that Nigerians paid N653.7 million ($1.2 million) as ransom in Nigeria between July 2021 and June 2022, a period of one year, for the release of captives.

The security report also disclosed that N6.531 billion ($9.9 million) was demanded in ransom in the year under review.

It noted that the abductions, which are also almost evenly distributed across the country, have an impact on the Nigerian economy, as it has limited business and investment in the heaviest-hit areas.

The report by SBM Intelligence, an Africa-focused geopolitical research and strategic communications consulting firm, stated the amounts of ransom and the numbers of kidnap incidents and victims were arrived at using media reports detailing the sum paid to armed groups within one year.

The report titled: ‘The Economics of Nigeria’s Kidnap Industry’ published in August, detailed the country’s security issues, including incidents of banditry and the costs associated with kidnapping for ransom.

It said at least 500 incidents of kidnapping were recorded and 3,420 people were abducted across Nigeria, with 564 others killed in violence associated with abductions in one-year period.

According to the report, “Based on what we could verify, between July 2021 and June 2022, no fewer than 3,420 people were abducted across Nigeria, with 564 others killed in violence associated with abductions.

“We have taken care not to include the later ransom payments for the Abuja-Kaduna train incident as most of those victims were released in July 2022. It was reported on 25 July, 2022 that eight Nigerian hostages parted with 100 million each, while a Pakistani hostage paid 200 million,” the report read, in part.

In 2020, SBM Intelligence reported that between June 2011 and the end of March 2020, at least $18.34 million was paid to kidnappers as ransom in Nigeria and the larger proportion of that figure (just below $11 million) was paid out between January 2016 and March 2020.

The intelligence and security analysis firm said that the numbers were almost definitely higher than what was reported, but stuck to what “we could verify”.

SBM security analyst, Confidence Isaiah, explained that the amount paid as ransom to kidnappers within a year is pretty huge for a population living on less than two dollars a day.

He said due to the country’s rising rate of poverty, the high incidence of kidnapping for ransom is significant as Nigerians, over the past few years, have continued to overstretch themselves scraping resources to pay huge amounts of money as ransom to kidnappers.

“Nigerians spent 62 per cent of their salary on food in 2020, leaving relatively little for discretionary and disposable income Nigerians have become increasingly poorer over the past few years as a result of the sacrifices they have made for their loved ones, and kidnappers are adjusting by occasionally demanding ransom payments in forms other than cash,” he said.

The regional breakdown by incidents revealed that out of the 500 episodes of abduction reported between July 2021 and June 2022 in six of the seven states in the North West a total of 177 incidents, or 35.4 per cent. The region is arguably the most impacted by banditry and kidnapping for ransom in the nation.

Only Kebbi State from the region did not record any reported incident during the period under review. Kaduna State recorded 84 cases, the highest number of incidents recorded in any state in the region.

Also, 29 incidents — or 5.8 per cent of the 500 total kidnapping incidents — were reported in the North East. Only Gombe State had no reported incident during the period.

The number of kidnapping-for-ransom cases that were reported was 108, or 21.6 per cent, in the North Central region.

The South West had 54 total occurrences of kidnapping or 10.8 per cent.

There were 67 total kidnapping incidents during the one year, or 13.4 per cent of all reported cases, in the oil-rich South South region of the country.

The South East region, which has also experienced security issues over the years, reported a total of 62 kidnapping cases between July 2021 and June 2022, or 12.4 per cent of all reported cases in the country.

A breakdown by persons kidnapped showed that North West region had the most abducted individuals throughout the year-long period, with 2,199, or 65.1 per cent of the 3,379 total kidnapped individuals.

Kano State had the least with only eight persons reportedly abducted in the state during the period.

The North Central region recorded 719 or 21.3 per cent of persons that were kidnapped for ransom out of the 3,379 total kidnapped individuals across the country in the period.

The North East recorded 54 kidnapped persons at 1.6 per cent of the national total.

According to the report, Niger State recorded the highest number of kidnapped persons at 36, while Nasarawa scored the least at nine persons.

The South East region recorded a total of 112 persons at 3.6 per cent during the period.

Also, the regional breakdown by casualties showed that the North West region likewise saw the greatest number of fatalities at 331 or 69.8 per cent of the total number of 474 casualties in the year.

And the North East scored 17 casualties at 3.6 per cent, while the North Central region recorded 106 at 22.4 per cent.

Also, the South East region recorded a total of 51 cases of casualties at 10.8 per cent.

The report stated that the abductions in different regions can be linked to specific groups, either for ideological reasons, to extract concessions or for ransoms.

“For example, ISWAP and Boko Haram are most active in kidnappings  in Borno State, where they often target travellers and aid workers,” it said.

On another hand, SBM said that the bulk of kidnappings is done by disparate criminal gangs solely for ransoms.

The report explained that this illustrates the extent of the challenge of illegal arms in Nigeria, coupled with an overwhelmed security architecture and other socio-economic factors such  as high unemployment have formed the cocktail that has created an avenue for numerous gangs to see kidnapping as a route to make quick money.

“The frequency of abduction is a spotlight on the state’s capacity to keep its people safe, and the rise of an armed group like Ansaru who promise protection from both the government and other armed groups is a threat not just to the government’s authority, but also on state territory, leading to the influx of ungoverned spaces and other contested territories,” the report added.

Kaduna state government has disclosed that security forces recorded a major success in ongoing operations against terrorists, as scores of bandits were neutralized by ground troops and air assets.

Commissioner, Ministry of Internal Security and Home Affairs, Samuel Aruwan, in a statement on Saturday, said the terrorists were killed in Galbi, Chikun local government area of the state.

Aruwan said the security report was conveyed in an operational feedback to the Kaduna State Government from the security agencies.

He explained further that, two General Purpose Machine Guns (GPMGs), three AK47 rifles and seven motorcycles were recovered from the enclave of the neutralized bandits.

The statement said: “According to the feedback, troops of the Operation Forest Sanity supported by assets of the Nigerian Air Force conducted clearance operations on an identified terrorist enclave in Galbi general area

“During their advance, the security forces crossed River Kaduna and ran into stiff resistance from the insurgents.

After a fierce firefight, scores of terrorists were confirmed neutralized as the military forces prevailed”

The Kaduna State government expressed excitement at the feedback, and praised the troops for their tenacity in this significant victory against the enemy forces.

The government thanked the troops, air force crews, police personnel, intelligence operatives, and local vigilante members who contributed to the success of the mission. The Government urged the security forces to increase the momentum and vanquish the terrorists for good”

Aruwan added that, troops will continue clearance operations in the general area, and other identified areas of interest across the state.

“The Kaduna State government hereby encourages residents to volunteer useful information on activities or movement of terrorists to security agencies,” the statement said.

They were released Friday night after payment of N2.5 million ransom.

One of the victims it was gathered is still in captivity because his family was unable to meet the bandits’ demand of two motorcycles for his release.

A doctor and 15 others  including women and children from Sabon Gero community also in Chikun local government area of Kaduna State also regained freedom.

The leader of the JTF in the community, Uwasu Yunusa, confirmed their release to journalists in Kaduna yesterday.