Loyalty To Nigeria More Important To Me – Monye 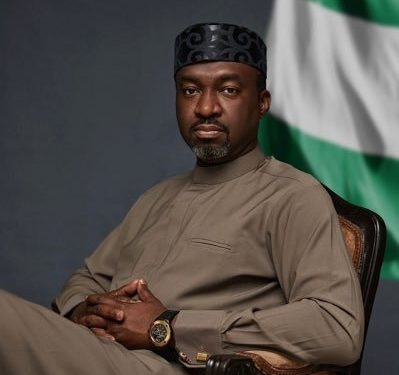 The second runner-up in the just concluded presidential primaries on the African Democratic Congress (ADC) platform, Chukwuka Monye, has said that loyalty to Nigeria is at the forefront of every decision he makes.

Monye disclosed this during a virtual call while abroad on a working holiday. He told his supporters, following questions about his next move after the presidential primaries that,

“It is important for us to separate our emotions from strategy, and whilst love for our great nation is not negotiable, we need to be logical in our strategy and approach for midwifing the transformation we want to see. Having weighed several options on my next steps, I am proud to say that loyalty to my nation is at the forefront of every decision that I make.”

There are speculations that he has been engaged by a number of stakeholders within and outside his party regarding his next steps. However, one of his aides, who described Monye as a deep thinker and a strategist, said he is a thorough person who evaluates strategic options.

The aide also said Monye reminded his team that politics is about effectiveness and that the network can only be effective if it is further strengthened.