by George Okojie
in Cover Stories
0 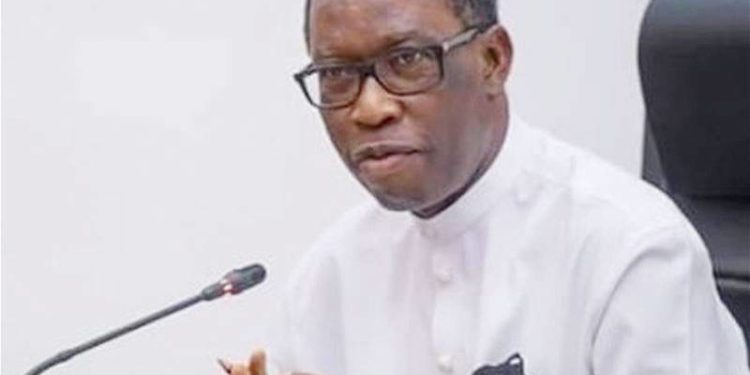 According to the group, it is unspeakable and quite disappointing that Governor Okowa, who is currently chairman of the South-South Governors’ Forum and a native of Owa-Alero in Ika North-East local government area (one of the Igbo-speaking areas) of Delta State, would exhibit such barefaced unreliability.

It would be recalled that the 17 governors of the southern States of Nigeria, both of the People’s Democratic Party (PDP) and the All Progressives Congress (APC), under the chairmanship of the governor of Ondo State, Rotimi Akeredolu, met in Asaba, the capital of Delta State on May 11, 2021 and took far-reaching decisions, including that, based on the principles of fairness, equity and justice, the presidency should rotate to the South at the end of the statutory eight years of President Muhammadu Buhari’s tenure.

It noted that the southern governors later met again in Lagos, on July 5, where they reaffirmed their decision, and again in Enugu, on September 16, to restate the call that the presidency should rotate to the south in 2023.

SMBLF stated that it applauded the meeting of the governors, given its significant representation and the gravity of the outcome; “We followed up and issued a similar statement after our meeting in Abuja on the 30th of May 2021, asking that the presidency should rotate to the south. And went further, on several other occasions, to caution political stakeholders from the South, including serving and former governors, ministers, senators, etcetera, not to, on any account, allow themselves to be appointed or nominated as running mate to any presidential candidate, if the presidency is not zoned to the south and that we will work against such person or persons,” the statement said.

I Did Not Mean To Malign Obi, Says Father Mbaka