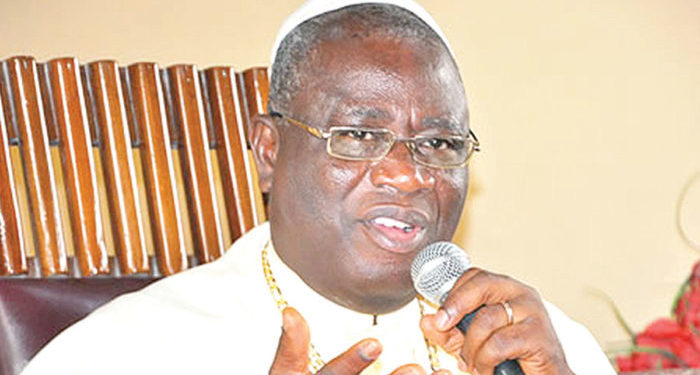 Prelate of Methodist Church Nigeria, His Eminence, Samuel Kanu Uche, has said a whopping sum of N100 million ransom was paid before he was released by his abductors.

The clergyman who spoke at a news conference in Lagos yesterday, said he was mercilessly beaten by the kidnappers who threatened to kill him if the money was not paid immediately.

He said, ‘’They were torturing us, it was in the process of the torture that I hit my right eye on the tree and blood was coming out and even when blood was flowing and it was soaking my handkerchief they did not feel like anything happened, all they were saying is that we should follow them. That they are not actually against Nigeria citizens, that they are against the government, that this government is a bad government. They were all Fulani boys, the eight of them were Fulani boys.

‘’They said any day they see the president or any of his representatives that they will chew them raw, that he is their brother, that the man has disappointed them and disappointed Nigerians. I told them I am a church man and they said we should negotiate.

‘’That each of us will pay N50 million and the three of us will pay N150 million. I picked my phone and negotiated. I told my people in the church to get the money, somebody said we have raised N30 million, I told SOC, any money in the office transfer it to them, life is more important than money. That was how we raised that money.’’

The prelate said the money paid to bandits were stacked in five sacks of N20 million each, adding that the money was raised by members of the church when the government neglected him.

It would be recalled that Uche and two others were on Sunday, kidnapped along Enugu-Port Harcourt Expressway, in Umunneochi local government area of Abia State.

The gunmen later demanded N100 million ransom before they could free the prelate.

The secretary of Conference, Methodist Church Nigeria, Rt. Rev. Michael Akinwale, had appealed to the church’s faithful to raise N100 million, being ransom demanded by the abductors.

In the statement he said, “The devastating news of the abduction of our Prelate, the Bishop of Owerri, and the prelate’s Chaplain has left everybody in shock. As we engage in prayer warfare, this serves to notify you that the abductors have demanded a ransom of N100 million.

“In view of the urgency and the dire need to arrest the situation for the safety of our prelate and other abductees, it has become imperative to seek your urgent response to raise the N100 million ransom.

“The safety of the prelate and other abductees must be of paramount concern to all, and your contributions spiritually and monetarily shall not go unrewarded.”