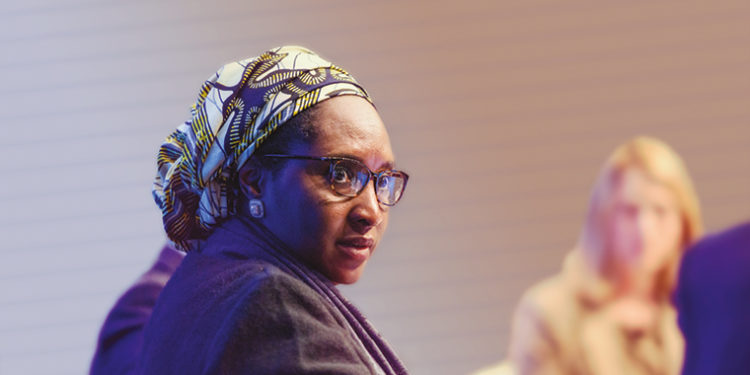 The leadership of the National Assembly on Tuesday held a consultative meeting with the Minister of Finance and National Planning, Mrs Zainab Ahmed over the draft 2023-2025 Medium Term Expenditure Framework and Fiscal Strategy Paper(MTEF/FSP).

The President of the Senate, Ahmad Lawan and the Deputy Speaker of the House of Representatives, Hon. Ahmed Idris Wase led key leaders from the two Chambers to the meeting which held behind closed doors at the Senate wing of the National Assembly.

A statement issued by the Senate President’s spokesman, Ola Awoniyi, said in his opening remarks, Ahmad Lawan said the meeting was at the instance of the Finance minister.

“We will be as committed as we have ever been and probably we will be more committed to ensure that we work with you to process the MTEF/FSP and the budget as well so that we continue with the trend that we intend to leave as a legacy for the 10th session of the National Assembly by the Grace of God.

“The partnership between the two arms of government on the budget particularly, has been very rewarding.

“This year, we expect the budget estimates to be presented between the last week of September and the first week of October,” Lawan said.

Speaking in a similar vein, Hon. Wase who stood in for the Speaker, Rt. Hon. Femi Gbajabiamila expressed the readiness of the House to work together and synergise with relevant stakeholders with a view to ensuring that “we give the best for our country and we shall do that with the utmost sense of duty and with all patriotism.

“And by the Grace of God, I believe that the relationship that has been established in the past will continue to wax stronger and stronger for the benefit of our nation.”

The Finance minister said the views of the lawmakers would be appreciated on the proposals which would also be scrutinised by the Federal Executive Council(FEC) on Wednesday.