by Innocent Odoh
in Business
0 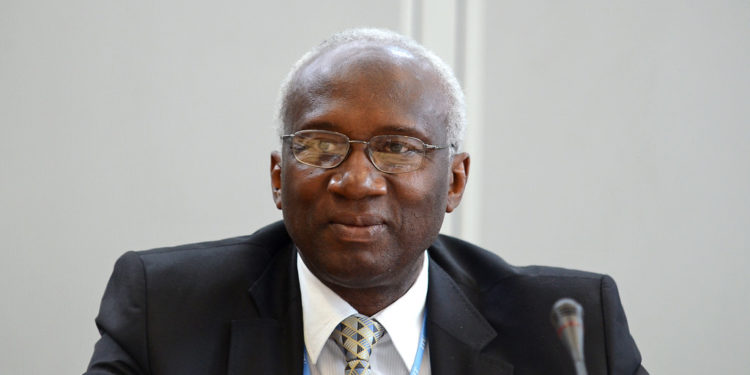 Former executive vice chairman(EVC) of the Nigerian Communications Commission (NCC) Engineer Ernest Ndukwe has confirmed he will chair the unveiling of a book titled ‘Nigeria Drivers of Digital Prosperity and the eWorld Forum ‘22,’ written by veteran ICT journalist, Aaron Ukodie.

The Forum has a theme “4G,5G, Broadband Connectivity and the economy.”

Under Ndukwe’ s 10-year tenure as the EVC of NCC recorded the globally acclaimed GSM license in 2001. He is currently the Chairman of MTN Nigeria, the country’s leading Mobilephone company, with a market share of over 40 percent.

It was also under Ndukwe’s tenure that the foundation for the giant and laudable strides NCC continues to record and build upon by successive EVCs was laid, and a sterling telecom regulation model was established for other African regulators to emulate.

Ndukwe would be joined by Dr. Emmanuel Ekuwem, the Secretary to the Akwa Ibom State government. Ekuwem has been a leading light of the ICT industry, an advocate for ubiquitous broadband connectivity, and former president of the Association of Telecommunications Companies of Nigeria ( ATCON).

Several other ICT industry leaders and company CEOs are scheduled to attend the event, to give support to the launch of the book which also highlights their contributions to the prospering ICT industry.

The 472-page book slated for launch on July 7, 2022, at the Oriental Hotels, Lekki, Lagos, is written by Nigeria’s pioneer ICT journalist, Aaron Ukodie, who began his journalism career in 1985 at the Guardian.

The book highlights the trajectories of the Digital Evolution, Sector, Analysis, and players’ contributions.