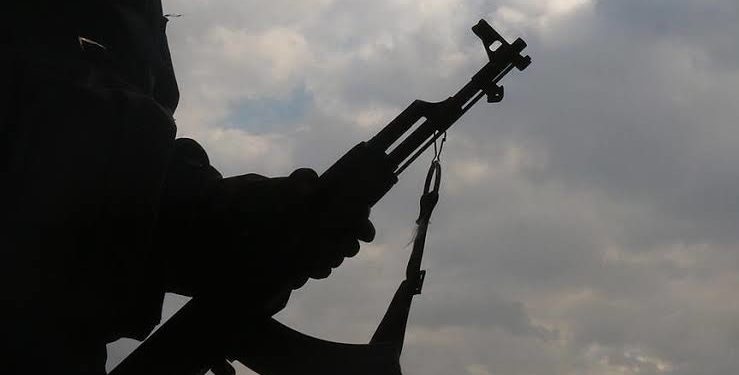 A security expert, Mr Abdul Suleiman has outlined factors responsible for increasing banditry, and incessant attacks by the terrorists in Nigeria.

Suleiman stated that the Nigeria Police may be missing the services of the likes of suspended DCP Abba Kyari and crack detectives in the face of growing insecurity.

He said someone like Abba Kyari was at the forefront of the fight against terrorism, banditry, kidnappings and other heinous crimes in Nigeria. He averred that Kyari fought crimes doggedly at the risk of his life and family.

“Despite the limited resources and difficult terrain, he was able to ensure the country was not over ran by terrorists and bandits/kidnappers etc, something all Nigerians and foreigners can attest to.

“But that has changed. Nigerians seem to be sleeping with two eyes open. They are investing in vigilante and embarking on taking more security measures which is costing huge financial burden. Many wish the days of Abba Kyari can still come.

“Since, the creation of the Nigerian Police Force, no officer has been able to do what he did in combating heinous crimes like terrorism, kidnappings, armed robbery, murders etc despite claims by some envious individuals, who believe they were more qualified to be in charge and be awarded medals than Kyari,” he said.

He asked rhetorically whether Nigerians are going to be allowed to suffer because some few envious senior officers in the police and other sister agencies don’t want to see Abba Kyari in service.

He asked whether the president is properly briefed on this. “Is the President aware that, Hundreds of Kilograms of Cocaine are still entering Nigeria everyday through Enugu Airport via Ethiopian airline because NDLEA refused to take action despite confessions and indictment of their officers in that particular airport?” he added.

He said Kyari’s professionalism and records of achievement in fighting terrorism, kidnappings, armed robberies, murders and other heinous crimes have no comparison.

“The public have viewed it clearly that since the suspension of DCP Abba Kyari and his men dismounted from various strategic points, Nigerian security system deteriorating.

“This can be seen from all the major attacks that took place within the last 4 months as the citizens were exposed to rapacious terrorists’ attacks. This has been known to be a calculated attempt by the planners to empower the Boko haram terrorists, bandits and other deadly criminals to carry out their heinous crimes all over the nation freely.”

“This is presently affecting the interest of the citizens from the federal level down to the states and local government level, villages and cities within Nigeria. Nigerians are presently under the oppression of the most dreaded terrorist group (Boko haram/bandits) yet no remedy,” he said.

“The entire Nigeria police force as an organisation comprising the intellectual and operational capabilities, functioning as police officers and even the other sister security agencies where concentration were given in terms of equipment, logistics, funding in hundreds of Billions of Naira were allocated yearly couldn’t come up with grand effective operational and intelligence strategies that can effectively rescue Nigerians from the serious insecurity challenges overwhelming the country.

“It’s in public domain what Kyari and IRT did with almost Zero funding from the Nigeria police and Nigerian Government as 90 percent of their Operational funding, Office buildings and other Logistics came from goodwill from Nigerians who know what the IRT was doing without government funding, and also Goodwill from people that were happy the Unit assisted in cracking and solving their cases. Considering what Kyari achieved without Government funding, just imagine what IRT under Kyari would have done if they were given 50 percent of the funding they needed.

“The army has been in charge of all checkpoints and borders of Nigeria, yet the border and checkpoints are porous through which the Boko Haram terrorists and bandits were groomed and strengthened to launch attacks, gruesome murder, victimized and forcefully dispossess Nigerians of their prosperity in their ancestral lineage as ransom, leaving them without hopes,” he added.