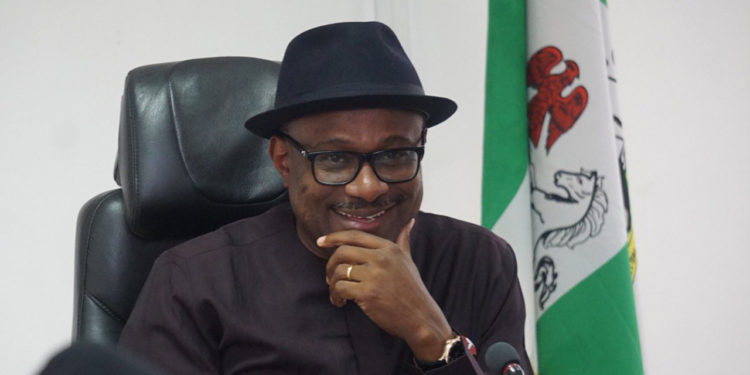 The executive secretary of the Nigerian Content Development and Monitoring Board (NCDMB), Engr. Simbi Kesiye Wabote, has laid the foundation stone of a personal protective equipment (PPE) factory being developed by Future Concerns Group in Lekki, Lagos.

The factory would manufacture products under the trademark of Red Wings, one of the world’s leading producers of top-range PPEs.

The construction of the factory is already underway, and it is expected to be opened in December 2022, starting with the manufacturing of coveralls, before expanding to safety shoes, hard hats, and safety goggles.

In his remarks after touring the company’s existing facilities and the factory under construction, the executive secretary commended the management of Future Concerns Group for their decision to domicile the PPE manufacturing facility, rather than perpetually serving as the distributor of imported Red Wings products.

He expressed hope that the factory will start manufacturing coveralls by December 2022 as scheduled and grow systematically to produce other Red Wings PPE products in the country.

He regretted that operators of the Nigerian oil and gas industry prefer to import several equipment components and items that could easily be manufactured in the country, expressing hope that the trend would be corrected with the efforts of committed investors like the founder of Future Concerns Group.

Wabote highlighted the remarkable difference between PPEs used in the oil and gas industry and the ones used in other sectors, hinting that PPEs meant for the oil industry must be fire-resistant as well as meet other specific ISO standards.

While emphasising that manufacturing facilities provide opportunities to create jobs for Nigerians, he charged other representatives of original equipment manufacturers (OEMs) to emulate Future Concerns Group by developing clear plans to domicile the manufacturing of the items they currently import.

Group managing director of Future Concerns Group, Engr. Tony Oguike credited the executive secretary and the NCDMB for motivating Nigerian service companies to invest in strategic facilities in the oil and gas industry and ensuring that they get patronised by operators in the industry.