In this interview with a consultant Ear, Nose and Throat (ENT), and Head and Neck surgeon, Federal Medical Center, Abuja, Dr. Oyeyipo Yemisi, she said every Nigerian is at risk of hearing loss due to exposure to noise. PATIENCE IVIE IHEJIRIKA brings the excepts. 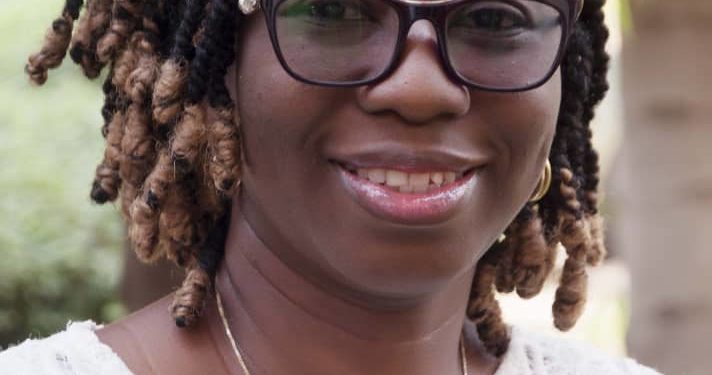 Ma, what are the effects of noise on the ear?

Generally, noise affects the ear. It causes what we call noise-induced hearing loss, which is actually hearing loss that results from exposure to loud noise. So we can have just noise induced hearing loss which actually ranges from just having noise in the ear. It starts actually with people feeling noise in their ears, that is usually like the warning sign that you are about to lose your hearing from this noise. Some people just have hearing loss immediately and for some other people, it is due to what we call acoustic trauma which occurs when a person hears a loud noise that suddenly knocks off the person’s hearing. So the louder the noise, the more dangerous it is to the ear and noise of about 85 decibel is usually considered very loud and it is very dangerous to the ear.

What are the sources of noise?

The sources of noise could be either from recreational activities or from occupational activities. recreational activities, especially the young people, people who go to the nightclub, and the use of personal music devices like people who use iPod, earpiece, Bluetooth, all these things that people put over their ears, they generate noise and the noise go directly into the ear and exposure to this noise over time affects the ear, causes either noise in the ear or hearing loss. However, each person’s threshold differs. Some persons can use these things for some time without any issues, but some other persons can use it for just a few days and they will develop hearing loss. So the individual threshold varies and what we are sure of is that these things affect the ear negatively.

The World Health Organisation (WHO) theme for this year’s World Hearing Day, which was celebrated in March, was Safe Hearing: “to listen for life, you listen with care.” The emphasis was on noise exposure to the ear and if you see the flyer, it was showing people who were wearing headphones, going to clubs and exposing themselves to loud noise. It was meant for us to create awareness as to the effect of noise on the ear which a lot of people are not aware of.

Also, those who work in telecommunication or call centres, they put headphones in their ear and all of that. This is actually dangerous and a lot of them have reported noise in their ears since they started working in the company and it is unformatted that these companies don’t even care because before you start the job, they are supposed to do hearing test for you to know your baseline and the test should be repeated every six months so that by the time they see abnormality, they will know it is the job and it is something you can actually sue them for compensation but because they don’t want that responsibility, they don’t do that test and when you start having hearing loss, you can proof that it is the job.

Do you know that even generators that we use every day, if you go to a market where everybody uses generator, the generator is so loud that if you just simply pass through there for a few minutes, you can hear your ear still making that noise, sometimes it’s like your ear gets blocked for a while and then later it opens up again. These are actually warning signs that you have exposed your ear to very loud sound that can damage your ear and the earlier you remove yourself from there, the better.

This damage can occur in two ways; there is something we call a temporary threshold shift and another one, a permanent threshold shift. Temporary threshold shift just means that the noise has damaged the ear like shifted your threshold of hearing temporally. The threshold of hearing is the level at which you can hear sound or ordinary hearing a sound at 25 decibel and lower, meaning that you are supposed to hear a low sound because the decibel is the unit used to measure sound level or intensity. So the lower the decibel of sound you can hear the better your hearing is. So when you say 25 per cent decibel and below, it means that the person can hear even whispers and when you say 25-40 decibel, that is a normal sound then when you now say 40 -50 decibel, it is like you are on a busy street, you are outdoor or street noise. When you now say 60-80 decibel, you are talking about a very loud noise like noise in a traffic where people are honking. As part of the awareness we did this year for the World Hearing Day, we actually went to night clubs around Abuja and we measured the noise level generated, the funny thing was that we went in the morning and we were told that as that time, the club had not started that club starts around 1pm or so but even at that, the noise there was about 85 decibel, the minimum we had in the any of these places was 85 decibel at that time and then they told us that when the club starts, the noise is more, and a lot of them said they were already having hearing problem.

How can noise be avoided?

Don’t put our phone on speaker and put it on your ear. Even if you must use some of these things, you use the ones that have noise cancelling features, though they are expensive. If you use some of these Samsung products, you will see that if you want to increase the volume, once it gets half way, it will show it on your screen, those are the types of ear pies that people can use because these cheap ear pies that people buy, and they don’t have these features. If you must, you should not put the volume more than 50 per cent of the maximum volume of the earpiece and it should not be for long hours. Then generators should not be kept close to the house, avoiding noisy places generally. If you must be in a noisy place, you can protect your ear by wearing ear plugs, you can still hear the noise but will dampen the sound.

Like in the UK now, most of these machines that people use have been converted to noiseless machines to reduce the harm for people who work in these industries. Like generators, you have the ones that if they are working, you will not even hear the noise unlike most of the generators that will just be making noise.

When a person develops this hearing loss, there is no way it can come back, the only thing is for them to now start rehabilitating themselves by wearing things like hearing aid and to get a good hearing aid is expensive, and it is expensive to maintain. You can’t even get the original battery, sometimes you will buy a fake battery that will last only a day and it stops working.

Even when people have tinnitus, which is noise in their ear, it is so disturbing, people have to go and get Tinnitus masking; what this device does is to muffle the sound that is generating.