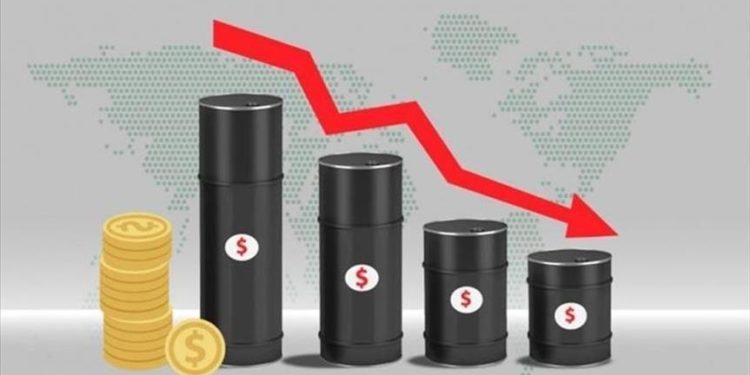 Global oil prices fell yesterday amid a rise in COVID-19 cases in Beijing, dasing hopes for a swift pick-up in China’s fuel demand.

Brent crude futures dropped 1.66 per cent to $120.9 a barrel by 09:55 GMT +1, while US West Texas Intermediate crude futures equally fell over 1 per cent to $118.5 a barrel.
Both oil prices fell after Chinese officials warned over the spread of COVID-19 in the capital, where mass testing is planned until Wednesday.
Xu Hejian, the Beijing city government spokesperson, told Sunday’s Briefing that the current outbreak in the capital is “ferocious”.

“At present, the risk of a further spread still exists. The most urgent task at the moment is to trace the source of the cluster and also manage and control the risks,” he said, adding Beijing must prevent the emergence of “epidemic amplifiers”.

China remains the significant near-term downside risk, but most view the gradual normalisation of Chinese demand as a powerful positive for oil,” Stephen Innes of SPI Asset Management told Reuters in a note.

Recently, researchers at Goldman Sachs, in an update to their outlook for oil prices over the next 12-18 months, warned that Brent crude international benchmark would rise to nearly $140 a barrel as early as the next few weeks.

Brent crude would need to average $135 per barrel from July 2022 to June 2023, for global stocks of the commodity to recover to normal levels by the end of 2023, the company’s analysts said in a note.

So far, the prices of oil and gas have surged more than 50 per cent the year.

In Nigeria, the prices of unregulated petroleum products such as aviation fuel, diesel, and kerosene, among others, affected by soaring international oil prices, have also gone through the roof.

N54bn Abuja Expressway To Be Completed In November