Ona Of Abaji’s 25 Years Of Grace 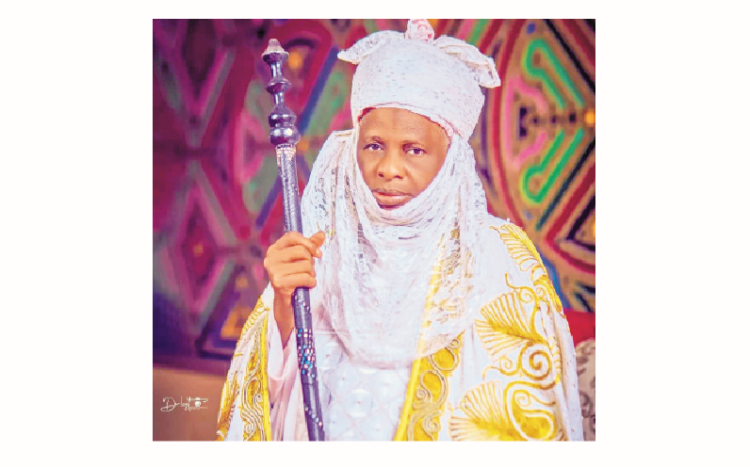 It was Johan Galtung, the father of peace research, who said there are two types of peace -positive and negative peace. According to Galtung, negative peace is the absence of physical and direct violence while positive peace referred to a state where human rights are fulfilled and the basic needs of all people are met.

Undoubtedly, His Royal Majesty, the Ona of Abaji and Chairman FCT council of chiefs, Alh. Adamu Baba Yunusa, who clocked 25 years on the throne of his forebears today, is working towards ensuring that there is both positive and negative peace in his chiefdom.

Apart from the absence of direct violence in his domain, the paramount ruler has changed the state of mind of his subjects to positive peace, where attitude like collaboration, integration and cooperation are been exhibited. He ensures that cultural and structural violence does not exist in his domain. Structural violence here according to Galtung means there are certain inequalities and injustice prevalent in society. People living in Abaji Area will attest to the fact that Ona ensures equitable distribution of resources among all ethnic groups living in the area and they do their business activities unhindered.

As this icon of peace marks 25 years on the throne, one of the ways to celebrate the jubilee is to support his frantic efforts in preaching peaceful coexistence. Indeed, the Ona is an instrument of peace, a self-less leader who has fast tracked the development of his Chiefdom.

For emphasis, the Ona facilitated the citing of federal government and FCT projects in his domain, among which are Federal Government Girls College Abaji, and  Abuja University of Science and Technology (AUTA) Abaji among others.

Understandably, the Ona is a good crisis manager. His domain shares common boundaries with Toto local government area, Kogi local government area and Lapai local government area of Nasarawa, Kogi and Niger States respectively.  Toto and Kogi gocal government areas often witness communal crises and the victims of such crisis as well as escapees of kidnapping and banditry from Niger state, often find shelter in Ona’s domain. The royal father has been able to handle the situation of displaced people effectively hence prevent the escalation of the crises to Abaji or any part of the Federal Capital Territory.

As a testament to his crisis management skills, in 2017, there was crisis in Agyana, a community of 7km from Abaji that led to the death of a young man, the paramount ruler immediately visited the community and doused tension and this prevented what would have led to huge loss of lives. Many residents of the community who flee the area for the fear of unknown at the wake of the crises have since return and life is normal in the once troubled community. The royal father ensured the perpetrator of the dastardly act was brought to book and faced the wrath of the law.

We recall also, that in September 2014, two children were abducted by their uncle in Abaji and sold off at Aba, Abia State. When Ona got wind of this dastardly act, he swung into action and in collaboration with security agents, facilitated the rescue and safe return of the children to their parents.

In a bid to reconcile and create mutual trust among the Bassa and Igbura who have been fighting for decades, the Ona together with Ohimegye Opanda Umaisha, Alh. Usman Abdullahi, Ohimegye of Iggu Koton-Karfe, Alh. Abdulrazaq Isa Koto, Ohiogba of Mozum, Alh. Khalid Bukar and other prominent Egburas attended the presentation of staff of office to HRH, the Aguma of Oguma, Bassa local government of   Kogi State, Chief Keke Jimba Williams on 16th august, 2014.

His Leadership traits manifested early in life when he took responsibility and contributed his quota to the welfare of the family. In his primary school days to tertiary Institution he was at various times Class Monitor, Head boy, School prefect and President National Association of Egburra students, College of Education , Minna branch.

On daily basis after his morning prayers, Ona starts attending to the needs of the people who have come to see him. As an embodiment of humility in leadership Ona has the tradition of  a times leaving  his palatial chamber where his royal seat is majestically and strategically positioned, sits on a bench outside the palace to discuss with his subjects on ideas that can advance his Chiefdom and humanity.

He believes in power of prayers and calls individuals at any time of the day for prayers and supplications to Allah the master of the universe not minding faith He so much believe in prayers to unlock Allah’s blessings and divine protection.

Abaji is   a fast growing Area council headquarters with influx of people into the town on daily basis to find means of livelihood, the influx has no doubt created security challenges Ona ensures the issue of security is promptly handled on daily basis to make his Chiefdom and the entire FCT remain peaceful.

His handling of affairs have drastically reduced political thugs and youth restiveness in Abaji and the FCT, Abuja. He has initiated meetings that extensively discussed the importance of peaceful co-existence among residents of Abaji and FCT. He has encouraged parents to send their wards to school to acquire education, according to him education is light In addition the royal father believe in functional, skills acquisition and has encouraged people to acquire tailoring, carpentry, wielding among other skills.

Often times, the Ona visits sick individuals in their homes, hospitals and offset their treatment bills. In the event of deaths and other ceremonial activities, he pays condolence visits and offer financial and material support to families either grieving or celebrating.

As a strong believer in the Nigerian project, Ona’s bestows tradition titles on worthy Nigerians from different ethnic groups and does not discriminate because of tribe, religion or social status. He believes so much in forgiveness and often times preaches the fact that without forgiveness, life will be an endless cycle of violence and retaliation.

Born in 1958 to the family of late Alhaji Yunusa Baba Maiyaki of Adegyema ruling house, the Ona attended LEA Primary School now Pilot Science Primary School, Abaji from 1963-1969; Government Teachers College, Egbe 1977-1982; College of Education, Minna in 1987 and obtained his National Certificate of Education (NCE) in 1991.  The royal father spent years contributing his quota to the service of humanity as a classroom teacher and rose to the rank of Headmaster in various primary schools.

During his tenure as Headmaster, all Schools he headed recorded not less than 95% success in the National Common Entrance Examination. He facilitated the construction of drainages around the Pilot Primary School and fencing, additional classrooms were also constructed. A Professional Teacher, the fourth child of the twenty children (20) from an average family, He worked hard and engaged in some businesses to support the family and his education.

Through hard work and perseverance, he broke the jinx of poverty in the family.

Today, dignitaries from all walks of life will converge on  FCT University of Science and Technology Agyana road road- Abaji  to celebrate with the popular king as he marks his silver jubilee on the throne of his fore fathers.

As Ona marks this day, the most important thing to do is prayers for his good health, Allah given wisdom as he carries the burden of Leadership for peaceful co-existence in his Chiefdom, FCT and country at large.

As a recognition of contributions to the nation, President Muhammadu Buhari recently conferred the CON award on him on 11th October 2022. Indeed, the Ona is a Shining example of a Traditional ruler of our time.

–Matthew, a Journalist, resides in Abaji

Nationalism And Surmounting Challenges Of 2023