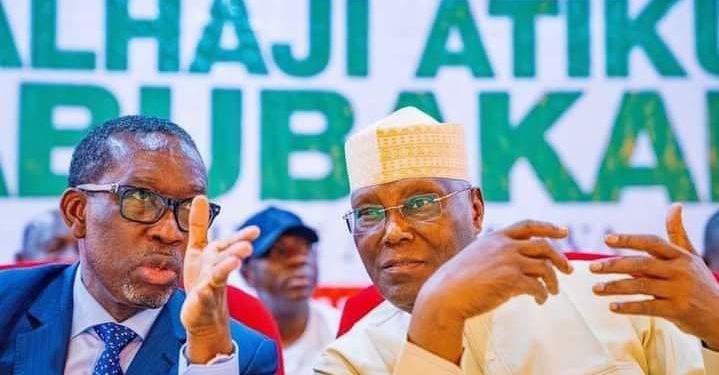 Political parties have until July 15, 2022 to replace candidates running for the office of president, according to the timetable and electoral guidelines released by the Independent National Electoral Commission (INEC).

This is even as Rivers State governor, Nyesom Wike, has continued his pressure-campaign on the major opposition party and its presidential candidate, Atiku Abubakar, after dramatically losing the vice presidential slot to his Delta State counterpart.

A 17-member advisory committee had recommended Wike for the VP position but Atiku settled for Okowa as his running mate.

Wike is yet to speak publicly on the emergence of Okowa as the running mate of Atiku Abubakar, a former vice president.

Efforts by the PDP to assuage the Rivers governor after losing the VP position to Okowa are still ongoing, LEADERSHIP Weekend learnt yesterday.

Although Wike has been silent on the matter, he has however been meeting with leaders of other political parties, raising speculations about his possible defection.

Some of the opposition figures he has met with so far include Labour Party presidential candidate, Peter Obi and Ebonyi State governor, Dave Umahi, has sparked insinuations that he might dump the party.

Kwankwaso, a former governor of Kano State met with Wike at his private residence in Port Harcourt on Friday evening.

LEADERSHIP Weekend gathered that Kwankwaso, who arrived by 7:30pm at the Port Harcourt International Airport, was received by the NNPP leadership in the state.

Others were PDP leaders in the state, Chief Ferdinard Alabraba, Senator Olaka Worgu and others.

However, both men did not speak to journalists at the end of the meeting, which came to a close at about 8:40pm.

Though Wike has not publicly stated his intentions and what he wants from leaders of the PDP and its presidential flag bearer, a highly placed party official told LEADERSHIP Weekend that substituting Governor Okowa with the Rivers governor is out of the question.

The party official who spoke with LEADERSHIP Weekend confidentially said the purported pressure campaign by Wike is a creation of the media, adding that the selection of a vice presidential nominee is serious business and a measure of leadership.

He said, “The Vice President is chairman of the National Economic Council. After a robust process and mechanism that threw up a running mate, going back on it would mean the entire process was a waste of time.

“If you do your due diligence, you will see that Wike has said he doesn’t want to be Vice President. There is a video where he said he only wanted to be president and the truth is the governor is eminently qualified, having been governor for eight years, minister, chief of staff and local government chairman.”

The media, he said, is simply creating pressure where there is none, adding that Atiku is doing everything possible to bring everybody on board.

He said, “The process is in place and you see negotiations are ongoing with the shuttle diplomacy embarked on by Governor Bala Mohammed of Bauchi. Other people are working behind the scenes.”

The party leader however added that based on Section 142 of the Constitution and Sections 29 and 33 of the Electoral Act 2022, there is no place for the substitution of a vice presidential or deputy governorship candidate.

INEC, he noted, has confirmed there is no place for ‘placeholders’ in law and senior lawyers are also interrogating this and may ask the courts for an opinion.

The party official continued: “Atiku should not be encouraged to break the law. He understands that Wike is aggrieved and is working to ensure all challenges that negate unity of the party are addressed including that of Wike.”

Meanwhile, a former member of the House of Representatives, Ogbonna Nwuke, has dismissed insinuations that Governor Nyesom Ezenwo Wike will soon dump the PDP for either Labour Party or the New Nigeria Political Party (NNPP).

Recall that several prominent politicians, including PDP presidential candidate, Atiku Abubakar, have visited Wike since after the PDP national convention.

Others that have visited the governor and met him behind closed-doors are Bauchi State governor, Bala Mohammed, and former minister of Niger Delta Affairs, Elder Godswill Orubebe.

Also on the list of those that visited Wike is the leadership of the PDP caucus in the Senate led by the newly elected Senate Minority Leader, Senator Philip Adadu.

But Nwuke who spoke with LEADERSHIP Weekend in Port Harcourt yesterday said the Rivers State governor has no plans to leave the PDP for any other party, considering the large followership he has built across the country.

He said, “It just tells you who Governor Wike is. This is the first time he is playing national politics. But you can see that Wike has entered the minds of a lot of Nigerians. They are taking him seriously. Even the performance at the convention where the North rallied behind the scene to stop him, it wasn’t one that ended in disgrace.

“So, if you look at the outcome of the convention, you will know that Governor Wike controls a sizable number of PDP members. A huge segment of the party is behind him. When you look at the gap between him and Atiku and the gap between him and the rest, that should tell you something that the one we have been talking about has become notable when it comes to Nigeria’s politics.

Meanwhile, another top party source who pleaded not to be mentioned because he was not authorized to speak on the issue yet said mediation efforts by the party over the matter is still ongoing.

The source noted that Wike and other aggrieved persons have to be appeased because in a battle against an incumbent party, every party member will be needed.

While acknowledging Wike’s contribution and loyalty to PDP, the source said, “I don’t think for any reason anybody will push him to do anti-party.

“Governor Wike understands what it means to be a party man and he said at the primaries that he will support any person that emerges. There is time for everything. This is the time to heal. Mediation is still going on and it’s ongoing, and it will yield positive results.

“Governor Wike is and has remained a strong party man and his contributions to the party are unrivaled. He understands the need of the time, which is why he put himself up for the president and he has the capacity to occupy that office.

“He gave a good fight and unfortunately, there can only be one winner. At this point it is not about winners and losers. Even the PDP candidate said it.

“The bigger fight is ahead, which is ensuring that the APC which has impoverished Nigerians and messed up the system is stopped from continuing to do havoc to the nation. He understands this.

“So with this kind of scenario Wike knows the demands of now and he is committed to PDP and his loyalty is unrivaled. I don’t think he has lost touch; he knows what needs to be done.

“If you are going into a battle of this natur you need everybody on board. The process of uniting Nigeria starts with uniting the PDP and Wike understands that.”

He further stated that PDP has a robust mechanism to resolve its issues.