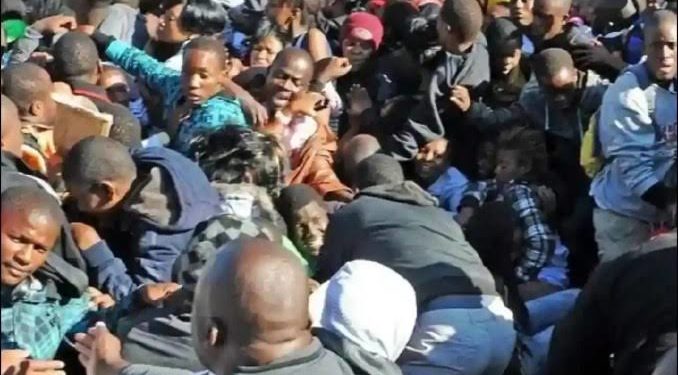 The Rivers State Police Command has confirmed the death of 31 people while several others were injured during a stampede that occured at an annual programme organised by a new generation church in Port Harcourt on Saturday.

The acting Police Public Relations Officer, Grace Iringe-Koko, who disclosed this while speaking with LEADERSHIP via telephone, said investigation has commenced to unravel the cause of the ugly incident.

The stampede occured when hundreds of people attempted to force themselves into Port Harcourt Polo Club venue of the programme, christened ‘Shop for Free’, through the one of the pedestrian gates of the facility that had been opened.

LEADERSHIP gathered that the leadership of the church had opted for the Polo Club ground in order to accommodate the expected large crowd since an open invitation was extended to the public.

The church had also announced the distribution of free food items during the programme in commemoration of its fourth anniversary.

The remains of the victims have been deposited at the morgue of the Military Specialist Hospital, Port Harcourt.