by DAVID ADUGE-ANI
in News, Politics
0 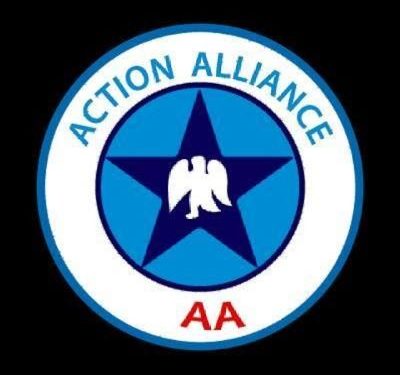 The Action Alliance (AA) has elected Prof Jidejisos Ejie as its candidate to contest the Senate seat for the Federal Capital Territory (FCT) in the 2023 general election.

Announcing the results at the end of its primary election which held in Abuja, chairperson of the party for the FCT, Hon Gloria Vernimbe said all the candidates emerged through consensus arrangement.

Vernimbe said Prof Ejie polled a total of 45 votes cast during the primary election, which represents the number of valid votes cast at the election, while Iroegbula and Bawa scored 47 votes and 35 votes respectively.

Speaking to journalists at the end of the election, Ejie said he would ensure that the Action Alliance (AA) wins the Senate seat in FCT in next year’s election.
He called on his supporters to continue with the struggle to win the FCT senatorial election, adding that he would not let them down.