Putting The Fight Against Malaria, NTDs On Track 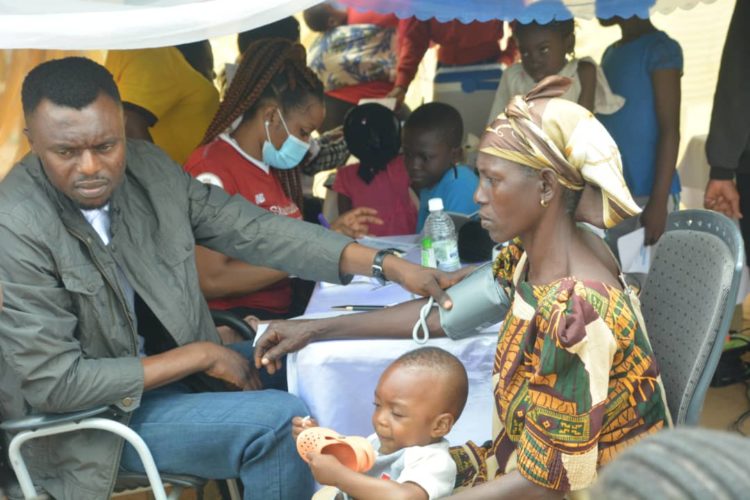 Malaria and Neglected Tropical Diseases (NTDs) have been in Africa for decades with devastating effects. While efforts from critical stakeholders have cut malaria deaths in halve and reducing the number of people requiring treatments for NTDs by 300 million, these progress is stalled for the last two years due of COVID-19.

In 2020 alone, an estimated 627 000 people died of malaria, and there were 241 million new cases of the disease. Despite reaching several important NTD milestones in many countries, including the elimination of transmission of dracunculiasis, onchocerciasis and yaws, and the elimination of human African trypanosomiasis, lymphatic filariasis, rabies and trachoma as public health problems, more than 1.7 billion people still required treatment and care for NTDs in 2020 (according to WHO report).

Putting the fight against malaria and NTDs, would require at least $18 billion, even as global leaders led by African Heads of State, pharmaceutical companies, scientists and other critical stakeholders conveyed at the landmark Kigali Summit on Malaria and NTDs, (23rd June) to renew commitments, endorse the Kigali declaration and to mobilize a fully resource global fund replenishment later this year.

Critical commitments were made by malaria endemic countries like Nigeria on co-financing towards the fight against malaria. For instance, Malaria and NTD affected countries committed over $2.2 billion in domestic resources towards ending these diseases.

The launch of the NTDs Kigali declaration which is a major milestone in the road towards ending tropical diseases also galvanise political and financial commitment from countries and partners to deliver the WHO 2030 roadmap targets of NTDs.

As of today, $1.9 billion has been committed by partners and 18 billion treatments donated by pharmaceutical companies to treat a range of NTDs.  A range of additional commitments from the private, philanthropists, civil society and other sectors, exceeding over $1.2 billion for research and development, were also announced at the summit. The Gates foundation also stepped up its commitment by pledging $140 million over the next four years to support Africa institutions in fighting malaria.

In Nigeria, the minister of health, Prof Osagie Ehanire said the country has made progress in tackling NTDs, including the elimination of guinea worm. He disclosed that the establishment of the high-level multi-sectoral and malaria council has been approved in Nigeria to ensure domestic and public private resource mobilization and keep malaria high on political agenda.

“Despite the COVID-19 pandemic, Nigeria managed to deliver on commitments made at the London malaria summit in 2018, which included securing $300 billion from the World Bank and the Islamic development bank to cover essential malaria programs and to strengthen PHCs in those states without external financing which clearly demonstrate Nigeria commitment.

“Nigeria distributed over 17 million long lasting insecticide treated nets for vector control. To protect against malaria in a seasonal malaria prevention strategy, we have been able to scale up beneficiaries from nine million in 2021 to 23 million in 2022,” he added.

However, more supports from partners, especially external partners will be required with the global fund replenishment at hand, Osagie said, adding that $18 million is required to ensure Africa gets back on track for HIV, TB and Malaria programs and to support resilient health system strengthening for the continent sustainability plan.

He however urged friends and partners to show global solidarity and backing in this ambitious target. Osagie said, “It is therefore important to join forces to end the double disease burden by urgently scaling up innovation and deployment of new tools, while advocating for equitable access to tools for prevention and treatment.”

With a lot of commitments made at the summit, President of the Republic of Rwanda, Paul Kagame, said, now is the time for international solidarity to ensure all stakeholders work together to meet the ambitious targets.

“Ensuring that all African countries mobilize the domestic financial resources required for quality healthcare is a priority for the African Union and our partners. If there is one thing the pandemic has taught us is that together, through coordinated and collaborative action, we can achieve much more,” Kagame added.

Co-chair, Bill and Melinda Gates Foundation, Melinda French Gates adds her voice when she called on world leaders to take two important actions; endorse the Kigali Declaration on NTDs, by eliminating NTDs in 100 countries by 2030 and to increase their commitment to global fund.

WHO Director-General, Dr Tedros Adhanom Ghebreyesus fittingly puts it when he concluded the summit by saying, “Though we are off track from SDGS, we need more political commitments and energy going forward. We must invest on health promotion, disease prevention and building PHCs. We also need to focus on behavioural science. In every country, especially at the national level, the behavioural part should be considered seriously.

“The other element we need to focus in other to catch-up or compensate for the disruption during COVID-19 is the financing part, including domestic financing. I think the youth should influence their government in order to get more funding for health and especially for NTDs and malaria.”

My Mantra Is To Give Sports, Youth Equal Attention – Dare