Smoking shisha is among the popular activities in today’s society, especially among youths. In this interview with NAJIB SANI, a medical expert, Dr Maryam Almustapha, explains why that smoking shisha is as harmful. 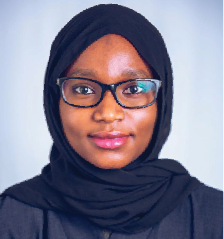 Shisha smoking is becoming rampant and appears to be socially acceptable. Is it safe to smoke it?

It is somehow socially acceptable and seen as an activity of leisure. Many people are under the misconception that it is a safe alternative to smoking cigarette. However, according to the Centre for Disease Control (CDC), it is actually not, as studies of tobacco-based shisha and herbal shisha (tobacco-free) show that smoke from both preparations contain carbon-monoxide (which is a poisonous gas) as well as other toxic agents known to increase risk of smoking-related cancers, heart disease and lung disease.

Shisha smoking is as harmful as cigarette smoking, if not worse. It has been shown that the smoke in shisha/hookah contains a lot of the harmful agents found in cigarette smoke like nicotine, tar and some heavy metals. Although that smoke may pass through a water filter, the smoke is not actually filtered and the harmful agents still remain even after passing through the water.

You stated that shisha is also not safe but which is more harmful between shisha and cigarette?

Whether shisha is worse than cigarette is not a black or white answer as it usually depends on the amount consumed of both.

What is the statistics on the prevalence of shisha smoking in Nigeria or worldwide?

According to the ‘American Lung Association’, as of 2017, 2.6 million adults used shisha and those numbers consisted of more men than women.

The exact figures for Nigeria remain to be known, although ‘The Pan African Medical Journal’ conducted a small location-based study of nightclubs in Ibadan consisting of 633 patrons of clubs. The small study yielded an overall prevalence of shisha smoking to be 7.1 percent but obviously, that figure is not a true representation of the grand picture when it comes to prevalence of shisha smoking in Nigeria.

It is alleged that some youths mix shisha with some substances. What are these substances and their effects?

A: Yes, I recently came across the information myself, which is quite worrying. Shisha itself may contain a very harmful and addictive substance which is tobacco, and as of late, some youths have taken it upon themselves to be adventurous, adding substances like marijuana and other shady drugs.

This may have physical as well as psychological implications including lack of inhibition, poor memory and impaired decision-making. This poses a great danger to addicts as well as the society. Secondly, it may lead to strain on certain systems like the immune system, cardiovascular system, respiratory system and many more. It may affect the nervous system which may result in seizures, strokes and some psychological disorders. In an overdose situation, it may be life-threatening as individuals may go comatose, be unable to maintain an airway which could possibly cause aspiration among other deadly possibilities.

Do shisha smokers have a tendency of addiction like smokers of weed or cigarette?

If the shisha being used contains tobacco, there is risk of addiction as well as other tobacco-based problems. The ‘herbal shisha’ being marketed is usually tobacco-free which may save a user from addiction. However, many of the health risks remain.

Withdrawal symptoms usually come about when the body has become dependent on a particular, often addictive substance. When the supply of that substance to the body is abruptly cut, the body may react with symptoms like irritability, jittering, sweating, having trouble sleeping, restlessness and even depression. This can be seen with tobacco-based products.

Individuals taking tobacco-free products may be saved from that. However, let me reiterate that the other health risks including several cancers and lung disease still remain.