The Judiciary And Popular Will 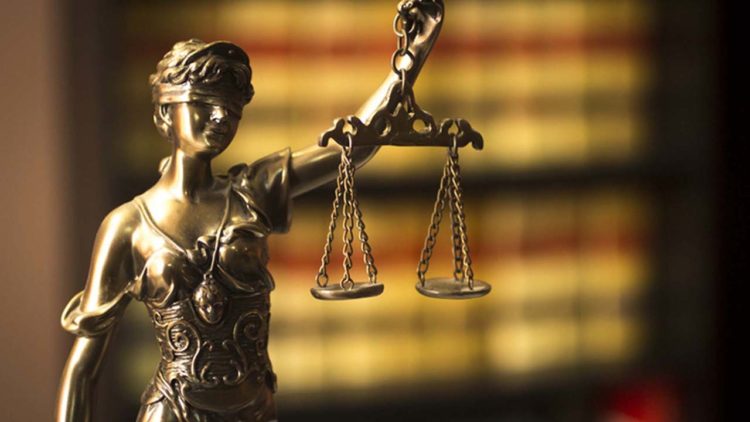 The Independent National Electoral Commission (INEC) recently lamented that it was facing over 600 litigations in several courts across the federation. With this situation, many Nigerians are becoming increasingly worried over the  role the judiciary is playing in the electoral process.

The commission specifically expressed disappointment with a political party that served it about 70 court processes in a day seeking to compel the commission to accept the nomination or substitution of its candidates long after the deadline.

Chairman of the Commission, Prof Mahmood Yakubu, who disclosed this at a capacity-building workshop for over 300 judges that will handle disputes likely to arise from the forthcoming elections, lamented that most of the cases pending against the electoral body relate to the conduct of primaries by political parties.

This newspaper understands the frustrations of the commission over the countless cases of litigation. Over 600 of such are a pointer to the inexorable fact that democracy is not growing as it should. To all intents, the nation may be practicing democracy without democrats. There is no denying the point that politicians have the right to seek redress in court. Rule of law, we make bold to say is an important component of democracy. What we frown process abuse or a resort to self-help.

Suffice it to say that this huge number of cases will affect the commission’s preparedness for the general election. Some of the cases may get to the Supreme Court as INEC will keep changing candidates in line with the latest judgment. This shoddiness is not needed and could have been avoided if political parties adhered to internal democracy and stuck to the rules and regulations guiding their party. Cutting corners, imposition, and undue influences by godfathers and moneybags often result in the countless litigations there are after every electoral process. This needs to change.

At this stage, the commission should not be bothering about pre-election matters but on preparation for the election proper. Already the courts are beginning to rule on some pre-election matters and party primaries. As at the last count, the court has nullified the gubernatorial primaries of the ruling All Progressive Congress (APC) in Adamawa, Rivers, and Taraba. The courts have also nullified the Peoples Democratic Party gubernatorial primary in Zamfara and Ogun states.

We also recall that the court nullified all APC primaries in Zamfara in 2019 costing the party all elective positions in the state. But the party has reclaimed the governorship seat with the defection of the governor to the APC.

In the same manner, the Supreme Court sacked the governor-elect of Bayelsa State, David Lyon a day before his inauguration and also Emeka Ihedioha of Imo State who was sacked after less than a year into his tenure.

Sadly, the influence of the judiciary is giving an unfair advantage to some parties in states. Politicians now have a new ace up their sleeve- using the judiciary to weaken opposition parties in the state. Expectedly, robust arguments have arisen on whether the judiciary is gradually usurping the roles of the INEC, party members, and the electorate. This has to stop too.

This is not to say that the courts cannot adjudicate on election matters. Far from that! Our laws have envisioned that those disputes could arise in the electoral process where only the courts could judiciously resolve them and that is the wisdom behind the setting up of election tribunals after every election.

We, therefore, insist on sanity in the election process. Pre- election cases as was the scenario in Bayelsa state should be decided before the election and not after a winner had emerged and the inauguration scheduled.

These court processes, we regret to say, are overburdening the judiciary with election cases at the expense of other civil and criminal cases. One of the ways out of this quagmire, in our opinion, is that pre-election cases should be given a speedy hearing by the courts.

It is gratifying to note that the Chief Justice of Nigeria (CJN), Justice Olukayode Ariwoola, has read a riot act that his office would not condone any act of recklessness, abuse of power and public trust from judicial officers as regards election matters.

We insist that the judiciary should have minimal impact on who governs the people at all levels. The will of the people as demonstrated at the polling stations ought to be the decider in the choosing public office holders.