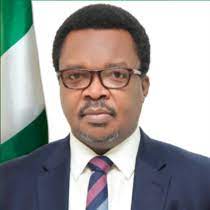 Power Holding Company (NDPHC), a company owned by the federal, states and local governments, have the capacity to generate over 3,500 MW of electricity, being 50 per cent of the country’s current total generating capacity, with a tariff that is 28 per cent per kilowatt cheaper than other thermal producers, it only allowed to supply 700MW by the National Control Centre (NCC), Osogbo of the Transmission Company of Nigeria (TCN).

The structure and operation of the Nigerian Electricity Supply Industry (NESI) bring to mind the question of whether its managers truly want the country to grow. With the shield of Power Purchase Agreements (PPAs),  the federal government gives priority of supply to private entities, tilting the market operation solely in favour of the Independent Power Producers that must recoup their investments.

The arrangement has thus edged out the NIPPs that of under the NDPHC or made them the last resort. Today, the company’s interventions cut across the entire value chain, making it Nigeria’s power industry backbone. At the moment, the government owned firm that has different power plants is owed about N150billion by the system. There is an anomaly that the company’s power is the cheapest per kilowatt among thermal producers. Also, its hydro power is the cheapest; yet the System Operator prefers the independent power producers simply because of their PPAs. This is the reason that despite this low price, NCC still gives the government-owned company least priority when buying power and it is the first to be asked to disengage.

The NIPP was conceived in 2004 by the Federal Government and was developed to address the issues of insufficient electric power generation and excessive gas flaring from oil exploration in the Niger Delta region. Ten power plants were designed in gas-producing states as part of the project.

Over time, NDPHC has metamorphosed into a leading electricity generating company in Nigeria and Africa at large. Besides generation, NDPHC has also been involved in the provision of critical infrastructures in Transmission, Distribution and Renewable Energy projects in a bid to lighting up the nation and bridging the power supply gap in the power industry.

With its assets spread across the electricity supply value chain, NDPHC remains the largest power assets owner in the country and has demonstrated over time, its capacity is not just able to build these facilities but also able to put in place excellent management models to operate them.

Despite having these assets and also having the cheapest

price per kilowatt among thermal producers, the National Control Centre, NCC, still gives it least priority when buying power and it is the first to be asked to disengage.

Commenting on this development, the managing director of NDPHC, Mr. Chiedu Ugbo said: “I am managing generation assets: I have tariff that is 28 per cent lower than my peers meaning that I am subsidising the sector by 28 per cent. We have met the regulator a number of times on this to say that the government has to take a decision on whether we are a social company or a business entity because if they increase our tariff, it will lead to overall increase in revenue judging by the capacity of 4,000MW that we have.

“Again, I have over 3,500 MW capacity but I am told to supply only 700MW and it is on that I get paid. Now, DisCos remit about 50 per cent. It means that I get paid 50 percent. Right now, what is owed to NDPHC by the industry is somewhere around N150 billion. Which company survives with that level of debt?”

He however, gave assurance that the problems with the electricity sector would soon be resolved with the various interventions.

He pointed out that while the DisCos and TCN were earning money through facilities provided by NDPHC, neither TCN nor any of the DisCos had paid for the facilities.

In late August last year, Nigeria’s Vice President, Prof. Yemi Osinbajo commissioned the 2x60MVA, 132/33KV substation in Awka, Anambra State, with a promise that the Federal Government will continue to create an enabling environment for businesses to grow.

The new substation, built by the Niger Delta Power Holding Company Limited, NDPHC, will deliver about 100 Megawatts of power to the Anambra State capital and its environs.

Vice President Osinbajo stated then “Since the technical commissioning of the substation in November 2020, this new substation has been in service providing 33KV evacuation capacity for at least 100MW of power through its two units of 60MVA, a total of 120MVA.

“The commitment of the administration to ensuring the completion of this Awka NIPP 132KVA grid substation now provides a hitherto unavailable 70MW additional power capacity for driving industrial growth and boosting the economy of the state with positive knock on effect on employment and social-economic upliftment for residents of the state”.

Earlier this at the commissioning of the new 2X150MVA and 2x60MVA 330/132/33KV transmission substation built by NDPHC, the Minister of Power, Engr. Abubakar D. Aliyu said the new power substation in Lafia, Nasarawa State will boost electricity supply to the state with at least one million households and businesses impacted.