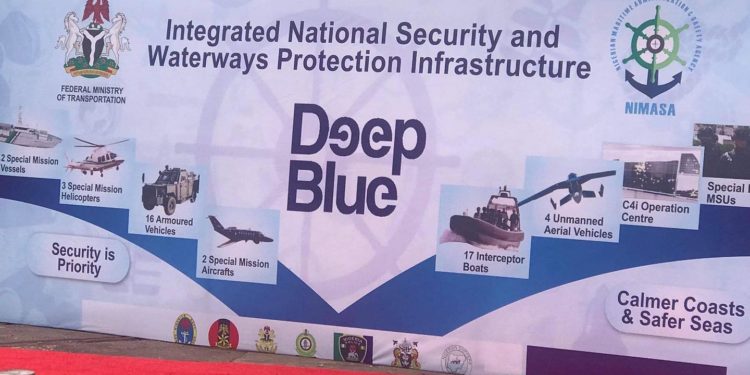 One year after President Muhammadu Buhari, launched the Deep Blue project to combat piracy on Nigeria coastal water and the Gulf of Guinea (GoG), the minister of State Transportation, Sen. Gbemisola Saraki, yesterday, disclosed that Nigeria hasn’t recorded any pirate attack on vessels in its coastal water and GoG, in the last five months.

Recall that President Muhammadu Buhari, in June 2021, launched the Deep Blue Project, the first integrated maritime security strategy in West and Central Africa with the aim of tackling the incidences of piracy, sea robbery, and other crimes at sea.

However, speaking yesterday at the 2022 World Hydrography day titled, Hydrography: Contributing To The United Nations Ocean Decade,” held in Lagos, the Transportation Minister, said the feat was as a result of collaboration between the Nigerian Navy, Nigerian Marítime Administration and Safety Agency (NIMASA), the Federal Ministry of Transportation and other stakeholders.

According to her, absence of pirate attack on the nation’s record was the first time in 28 years the nation’s will experience months without attacks on vessels.

“As we are in celebratory mood, let me seize this opportunity to celebrate the success of our nation in combatting piracy and crimes at sea in the Gulf of Guinea and our own territorial waters. Today marks 5 months of zero attack. This is the first time in 28 years that there has been no attack. This is a feat being duly recognized by the International Maritime Bureau.

“I therefore congratulate the Federal Government, The Federal Ministry of Transportation and the Nigerian Navy and of course, NIMASA on this remarkable achievement. I hope that the collaboration between that made this possible will continue.”

Saraki also disclosed that Hydrography is both an economic and a national security issue that mustn’t be taken for granted.

“The celebration of the Hydrography Day is as much about the work and responsibilities of our Navy as it is about the geographical landscape of our waters. For a nation like ours, with 853 kilometres of coastline, Hydrography is both an economic and a national security issue. Every day is Hydrography Day to a Naval Officer or a Cadet. Like other Science, Technology, Engineering and Mathematics (STEM) fields, hydrography has traditionally seen low rates of female participation. It is my hope that in your pursuit of excellence, you will begin to promote and include women in hydrography daily as well.”

“Hydrography’ is the key driver of ocean science studies and depicts the physical features of the ocean, and that is the starting point for any meaningful understanding of the world oceans.”

“I am glad to note that this action is already receiving global accolade, with NNS LANA, awarded the “Best Large Research Vessel in the world for the Year 2022” by Baird Maritime. In addition, the Federal Government established a committee on Blue Economy chaired by the Vice President, procurement of modern survey equipment and increased tempo of human capacity development to improve Nigeria’s capacity for hydrographic survey and charts.”

Speaking earlier, the director general, NIMASA, Dr. Bashir Jamoh, explained that the importance of hydrography to the maritime industry cannot be overemphasized.

According to him, platforms like these can raise public awareness about hydrography’s global benefits to navigational safety, ocean conservation and environmental preservation.

“In addition to ensuring the safe and efficient navigation of ships, Hydrography underlies practically every other sea-related activity. Just like part of NIMASA’s mission is to sustain safe and secure shipping, hydrography deals with monitoring physical features of the oceans and seas for the primary purpose of navigational safety,” he said.