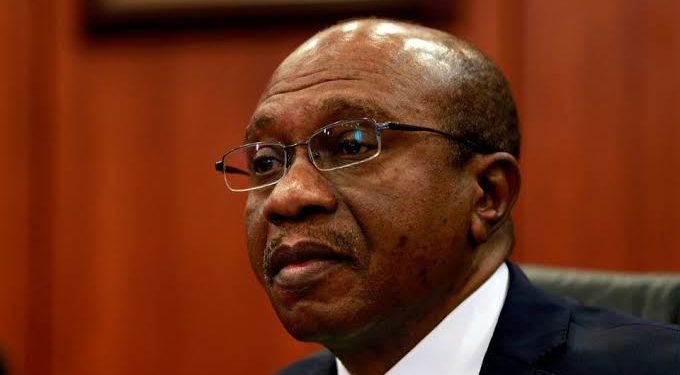 The stakeholders have expressed concerns over the continuous dependency of the power sector on the Central Bank of Nigeria (CBN) more than eight years after the sector was handed over the private investors.

The experts who said the CBN persistent bailout cannot be sustained, however agreed that the sector would have collapsed without loans and interventions by the apex but that it was high time for the sector to stand on its own.

The federal government had similarly released N600 billion for the power sector to bridge shortfall in the payment of monthly invoices by key stakeholders in the sector with another N701 billion CBN facility deployed in March 2017 as Power Assurance Guarantee.

Earlier this year, the CBN said it has disbursed over N1.3 trillion to support power supply to Nigerians in the last five years.

CBN governor, Godwin Emefiele, while speaking at a news conference following a meeting of the Bankers Committee in Abuja said: “So, what we are trying to say here is that the CBN has always been there to support the power sector. Like you all know, we have disbursed over N1.3 trillion in the last five years to support the generating companies or DisCos or to acquire equipment or to buy meters or to improve what is being paid to electricity generating companies; so that they can continue to pay for their gas and then the system can continue to operate.’’

An energy expert, Prof. Wunmi Iledare noted that interventions by the CBN as a repayable loan was understandable, but added that the current structure of the electricity market in the country could mar the interventions.

Economic analyst, Stephen Kanabe had similarly told reporters the intervention by apex bank in the distribution segment of the nation’s power sector, especially metering would contribute to significantly reduce the lingering challenges of poor infrastructure and arbitrary billing of end-users.

Although, Jaiyeola noted that the need to ensure that the facilities are duly paid back, he said government’s continued support to power sector will have an overall impact on the sector to facilitate the required progress, adding that the federal government also has equity ownership in the DisCos.

He urged the authorities to clearly outline and monitor the interventions to ensure it achieved projected objectives, adding that the National Mass Metering Programme for instance may need to be checked against some of its set objectives in terms of coverage, availability, and completion time.

“An assessment of the impact of intervention funding in the power sector also needs to be looked into. While government intervention continues to be an important sector catalyst, monitoring impact will ensure government scarce resources are appropriately channelled for the benefit of Nigerians,” he said.”

According to him, Infrastructure funds are used the world over for the development of critical infrastructure which guarantees constant returns on investment for investors, adding that a critical element of the success of these funds is adequate planning and strategic contracting.

He stated that to achieve sustainable growth, interventions alone cannot be the solution, adding that appropriate pricing system needs to be instituted to enable the forces of demand and supply determine price and enable adequate returns on investment.

Aiming at addressing the growing liquidity challenges in the sector, the CBN while disbursing the NEMSF, had noted that there was need to support the power sector in order to solve the electricity supply challenges of the country, adding that specific reports from Generating Companies revealed that there was execution of capacity recovery programmes in three hydro power stations including Intake under water repair project, overhaul of Unit 4 and compliant metering and supplementary protection at Shiroro Dam; overhaul of 2G6 at Jebba Hydro and rehabilitation of three units at Kainji Dam under permitted utilizations of the facility.

CBN had equally noted that a total of 300MW capacity increase was reported as a result of fund utilization towards rehabilitation of both plants, adding that others were rehabilitation of seven gas turbines at three major thermal Power Plants namely Geregu, Transcorp Ughelli, and Ibom Power Plants.

CBN had said the intervention had enabled the Electricity Distribution Companies (DISCOs) to provide bank guarantees to the Nigerian Electricity Bulk Trader (NEBT); purchase of over 171,071 units of meters comprising both maximum demand and single phase meters; rehabilitation of over 332kms of 11KV lines and 130km of 0.45KV lines; 70,310 No 500 KVA transformers procurement; and construction of 34 new distribution substations and acquisition of one mobile injection substation under confirmed permitted utilization by the initiative.

On the PAIF, the objectives included fast-tracking of the development of electric power projects, especially in the identified industrial clusters in the country; fast-tracking the development of the aviation sector of the Nigerian economy by improving the terms of credit to Airlines; to serve as a credit enhancement instrument to improve the financial position of the Deposit Money Banks (DMBs); improve power supply, generate employment, and enhance the living standard of the citizens through consistent power supply as well as providing leverage for additional private sector investments in the power and aviation sectors.

Former chairman of NERC, Sam Amadi had noted that the CBN intervention remained a special funding to deal with liquidity crisis and legacy debt in the sector, adding that it would be repaid but through a convenient process that would not adversely affect the sector’s investment plans.

“The gains of fund are two fold: whether CBN is getting repayment as and when due, I think through the escrow the CBN can guarantee itself repayment. But the bigger issue is whether the fund has improved the operations of the discos,” he stated.