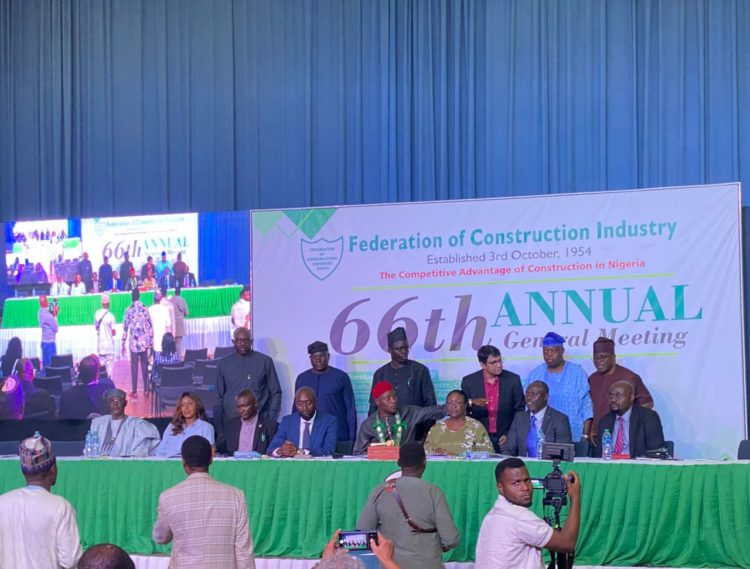 Sixteen undergraduates students from public universities across the six geopolitical zones of Nigeria studying building and civil engineering courses, has been granted the 2022, Federation of Construction Industry (FOCI), Scholarship Awards for their outstanding performances.

It would recall, FOCI inaugurated the above award in 1976, in memory of the late general Murtala Muhammed. The Murtala Muhammed scholarship fund is part of FOCI’s social investment for capacity building in the building and civil engineering sector which act as strategic feed into the construction industry.

The outgoing president of FOCI, Engr Nasiru Dantata who made this disclosure at FOCI 66th annual general meeting held in Abuja, stated that the fund for the scholarship was reactivated in 2016 by the then president of FOCI, Bldr Solomon Ogunbusola, and was awarded in 2017 to 14 students of public universities across six geopolitical zones of Nigeria with the sum of N250,000 per year.

According to him, 12 students were graduated in 2021 because of COVID-19 and ASUU strike which deferred their proposed graduation in 2020. Four scholars graduated with first class honours, two have been granted international scholarship for masters and PhD, while the other ten are undergoing the compulsory youth service.

“We are delighted to inform you that we have selected a new set of 16 scholars from public universities across six geopolitical zones of Nigeria. The board of trustees has approved an upward review of the award to N300,000 per year to cushion the effect of inflation,” he said.

On his part, the newly inaugurated president of FOCI, Chief Barrah Vincent said that he is going to build on the foundation already lay by the previous leadership.

“I have been part of the previous administration at least for the past ten years and huge success is recorded, so we have a road map that would take FOCI to the next level.

“It border us much as we have discovered that employees are becoming scarce in the recent past. You know, if you have a building going on then and you want a tyler or POP, it is from our neighboring countries like Ghana or Benin Republic that you would be able to get this kind of artisans and that is the narrative that we have to change. We want more artisans in the industry,” Vincent said.