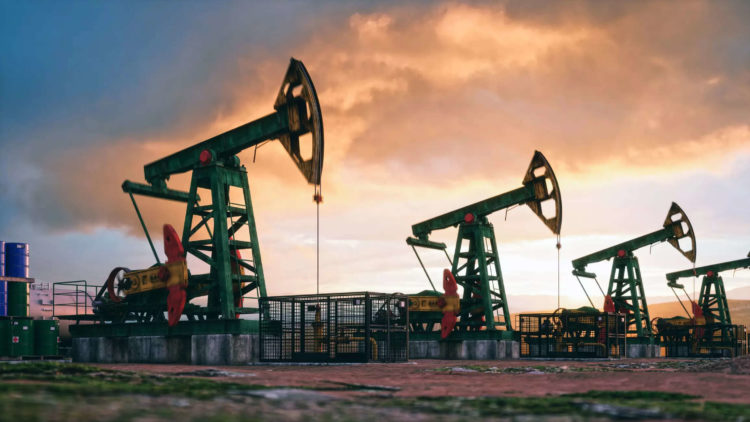 The Nigerian Upstream Petroleum Regulatory Commission (NUPRC) has disclosed that 17 marginal oilfields are currently producing out of 30 fields awarded since its inception in 1999.

Commission’s chief executive, NUPRC, made this known at the Association of Energy Correspondents of Nigeria (NAEC) Strategic International Conference yesterday in Lagos.

This is as the chief executive officer (CEO) of the Nigerian National Petroleum Company, Limited, (NNPCL), Mallam Mele Kyari, who also spoke at the meeting, said, the path of growth in the oil and gas industry has been made clear, especially, with regard to upscaling production following recent resolution of contract disputes with oil majors in the country.

Kyari, spoke on the theme, “Energy Transition: Shaping The Future Of Nigeria’s Energy, An Appraisal Of PIA, Evolving Benefits And Challenges” assured of the possibility of the country meeting 2 million daily crude production in a short time.

He said, though Nigeria has been producing below its OPEC target due to security challenges, heavy oil theft, fiscal policy deficit and financing gap, he added that, all of them are being addressed.

He said, a robust engagement is ongoing with security agencies to decisively deal with oil theft and attract investors especially in the deepwater space.

The payment is being made via a five-year crude oil sales pact negotiated in 2016 by then minister of state for Petroleum Resources Ibe Kachikwu.

granted that a substantial sum has been paid as of August, around $1.7 billion remains to be settled. Exxon has received $2.3 billion, clearing all dues while Shell is in receipt of $455 million. Yet, it is still owed $917 million.

Weaker income and demand for other payments have imperilled NNPC’s capacity to contribute its share of costs from 2010 to 2015, resulting in the arrears.

It is still indebted to Eni to the tune of $385 million, Total $304 million and Chevron $55 million, the report said.

Nigeria had consented to a $5.1 billion settlement with the supermajors in 2016. NNPC had cleared $2.3 billion as of last July.

Meanwhile, speaking at the conference which has as its theme, “Energy Transition: “Shaping the Future of Nigeria’s Energy Industry, an Appraisal of PIA, Evolving Benefits and Challenges” Komolafe, said marginal fields award was initiated to increase participation of indigenous companies in the upstream sector and build local content capacity.

Komolafe said: “Since its inception, a total of 30 fields have been awarded, 17 currently producing.

“10 years after, in 2020, 57 fields were put up for bidding.” It will be recalled that one of the major tasks inherited by the NUPRC, upon its inauguration last year, was the need to conclude the 2020 Marginal Field Bid Round exercise.

“Consequently, we pursued the matter frontally and are delighted to inform you that the exercise, which commenced in June 2020, has been concluded with the issuance of Petroleum Prospecting License (PPL)to the deserving awardees.

“The issuance of the PPL has ushered in a new dawn for our indigenous operators to hit the ground running in developing their awarded assets in line with industry best practices and to take full advantage of the increasing crude price in the international market.”

He, however, noted that the  passage of the Petroleum Industry Act (PIA) had brought an end to the era of marginal field awards.

Komolafe said Section 94(9) of the Act states that “No new marginal field shall be declared under this Act.”

“Accordingly, the minister shall now award PPL on undeveloped fields following an open, fair, transparent, competitive, and non-discriminatory bidding process in line with Sections 73 and 74 of the Act,” he said.

On the implementation of the PIA, the CCE said the commission had issued six priority regulations. He said they are: Nigeria Upstream Host Communities Development

Komolafe said others are Domestic Gas Delivery Obligations Regulations and Licensing Round Regulations.

He said the commission was also in the process of issuing additional seven regulations in the phase two of the exercise in consultation with stakeholders in line with Section 216 of the PIA.

According to her,  Africa and indeed Nigeria have a high energy poverty that can be transformed to opportunities by investors.

Joe-Ezigbo said: “We know Nigeria has very vast gas reserves and it is these reserves that we can channel for electricity generation through gas powered energy plants.

“Gas also has the potential to be a very key driver of industrialisation or rapid economic advancement, as we’ve seen in several European countries.

“They’ve used gas to power their economies as feedstock and fuel for their industries.

“And really, we want a situation where Nigeria becomes one of those countries that is listed when we’re talking about nations that have leveraged their resources to build their economies.”