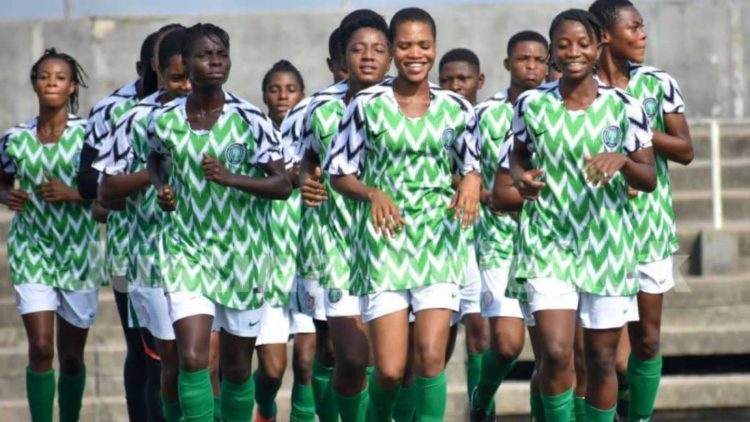 Nigeria’s Flamingos head coach, Bankole Olowookere is upbeat the team will put up a respectable performance at the 2022 FIFA U-17 Women’s World Cup in India.

Olowookere charges set up camp in Koceli, Turkey this week as they step preparations for the biennial competition.

“We’ve done a lot to cover some gaps that were spotted during the African qualifiers. We’ve also been able to work up to the international standard, going to the World Cup, which is different from playing in the qualifiers, we just try to raise our game”.

“We’ve also kept our fitness and fixed everything needed for the girls to be in shape for the World Cup. Going to Turkey, it’s good for the girls to gain exposure because it’s normal, seeing that most are from Secondary School and it’s deemed fit by the Federation that they get this exposure outside Nigeria.

“Camping in Turkey isn’t just going to be a jamboree, we will have to acclimatize and probably have some friendly matches to tune up the team, just to ensure it is nothing short of international standard. Moving to another place, we get good exposure that would count as experience at the World Cup,”Olowookere said.

The Super Flamingos are drawn against Germany, New Zealand and Chile in Group B for the group stage.

The United States won a record-extending 11th women’s basketball World Cup title with an 83-61 victory over China in Sydney.

The US were made to work in the first half but China faded in the third quarter, going 21 points behind.

They launched a final-quarter fightback but the US held on for their fourth successive World Cup title.

The final was played in front of 15,895 fans at Sydney SuperDome – the biggest ever crowd for a women’s basketball match in Australia.

Earlier on Saturday, the hosts beat Canada 95-65 to take the bronze medal with Australia’s seven-time WNBA all-star Lauren Jackson ending her international career on a high.