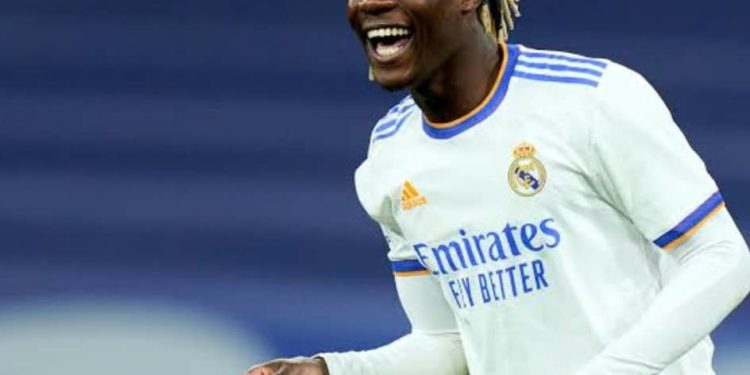 Real Madrid’s Eduardo Camavinga, Manchester United’s Anthony Elanga and PSV Eindhoven’s Chukwunonso Tristan Madueke are some of the names on the 100-man list of nominations for the 2022 Golden Boy Award released on Wednesday.

The award is handed out every year by the Turin-based sports newspaper in Italy, to the most promising Under-21 player in European football who is expected to really light up next season.

The 2021 winner was Barcelona and Spain midfielder Pedri.

It is considered a form of Ballon d’Or for younger players and is voted for by 40 journalists representing various European media giants, while people can also vote on the website.

The favourite to win in 2022 is Real Madrid midfielder, Camavinga, who just won the Champions League under Carlo Ancelotti’s guidance.

The 19-year-old was signed from Rennes last summer for €31m and made 42 appearances for the Merengues.