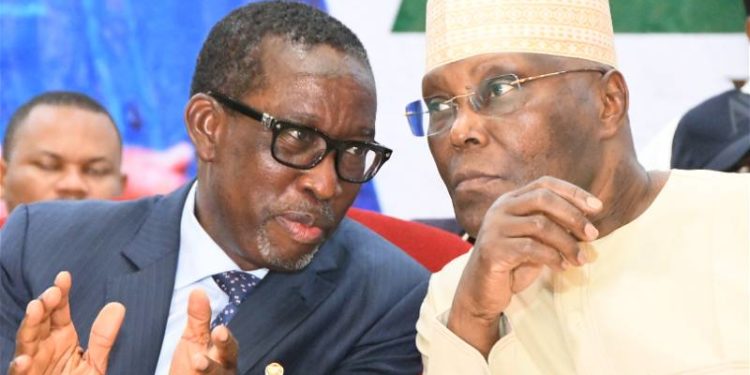 A chieftain of the Peoples Democratic Party (PDP) in Edo State, Barr. Kenneth Imasuangbon, has described the duo of Alhaji Atiku Abubakar and Governor Ifeanyi Okowa as good combination for the office of President and Vice President of Nigeria come 2023.

Barr. Imasuangbon said Okowa has garnered the prerequisite experience over the years that will give victory to the party in the 2023 general election, adding that the combination of politicians has set the path for the country’s progress.

Imasuangbon, in a statement issued in Benin City, Edo State, called on members of the PDP to rally support for the Atiku’s choice of a running mate.

The former governorship aspirant said Atiku has good chances to secure victory for the party at the 2023 poll.

According to Imansuangbon, “I commend the manner our presidential candidate carried out wide consultations before picking Okowa as his running mate.

“This is the time for all members of the PDP to rally round our presidential candidate and his running mate for maximum victory at the polls to be achieved.

“Our concern should be winning the general elections next year. All party members should return to their wards and local government to begin massive mobilisation for the ongoing voter registration and spread the good messages of out party.

“The people need to be properly sensitized and their political consciousness aroused ahead of next year’s general election.”