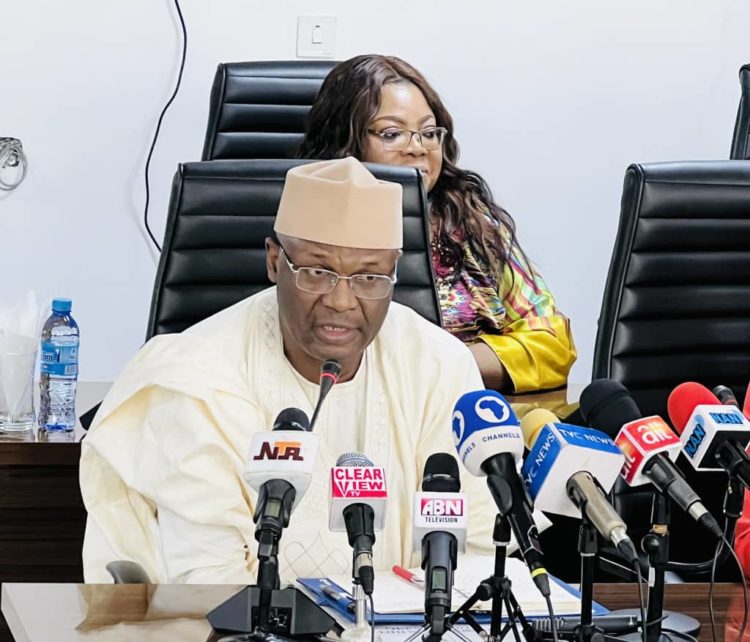 Ahead of the commencement of the 2023 electioneering campaigns, the Independent National Electoral Commission (INEC) has warned the 18 registered political parties and politicians in the country to avoid hate speech, abusive language, and all actions capable of truncating the outcome of the elections.

The nation’s electoral umpire particularly urged the political parties to critically study and pay attention to the provisions of the Constitution, the Electoral Act 2022, the Police Act and the Public Order Act for proper and peaceful conduct of political campaigns, rallies, and processions.

INEC chairman, Prof. Mahmood Yakubu, who gave the charge at the ongoing two-day capacity-building workshop on the Commission’s Progresses, Innovations, Preparations for the 2023 General Elections and Critical Issues in the Electoral Act 2022 in Lagos on Monday, also charged the media on equal coverage and visibility to all political parties.

He said, “We urge all the 18 registered political parties to critically study and pay attention to the provisions of the Constitution, the Electoral Act, the Police Act and the Public Order Act for the proper and peaceful conduct of political campaigns, rallies and processions.

“Let me also remind the media of their constitutional and legal obligations. State apparatus including the media shall not be employed to the advantage or disadvantage of any political party or candidate at any election. In other words, equal coverage and visibility shall be allotted to all political parties by all public print and electronic media organisations.

He stressed that the Commission has entered a critical phase in the electoral process.

As of today, he said the Commission has undertaken eight out of the 14 items on the Calendar and Schedule of Activities for the 2023 General Election.

He said, “On 20th September 2022, the Commission released the Final List of Candidates standing nominated for National Elections (Presidential and Vice-Presidential candidates, Senatorial and House of Representative Candidates).

“On 4th October 2022, the Commission will release the Final List of candidates standing nominated in relation to State Elections (Governorship, Deputy Governorship and State Assemblies). On 28th September 2022 Presidential and National Assembly campaigns will start while that of Governorship and State Assembly candidates will start on 12th October 2022. The Commission will continue to adhere to set timelines in carrying out its activities.”

On his part, the representative of the European Union Support To Democratic Governance, Denis Mutabazi, said the workshop will avail the Commission the opportunity to unveil its strategies to ensure a free, fair, and credible 2023 elections, the progress made to date, and the key milestones and challenges that remain.

“The event is a crucial demonstration of INEC’s strong commitment to transparency, and in ensuring that the public is and remains well informed about INEC’s stewardship of the electoral process,” he said.

Also, chairman of the INEC Press Corps, Segun Ojumu, in his goodwill message, noted that the story and indeed the history of the 2023 general election will be mostly written by journalists, amongst other stakeholders.

He said, “This in the same breadth presents a challenge and an opportunity.

“A challenge because we have never had an election quite like the one which is at the heart of this Workshop- both in terms of scale, legal framework, and technology.”

“A lot of fake news, misinformation, and disinformation have found their way to the media space. INEC must be on top of its game and be in charge of the narrative.”