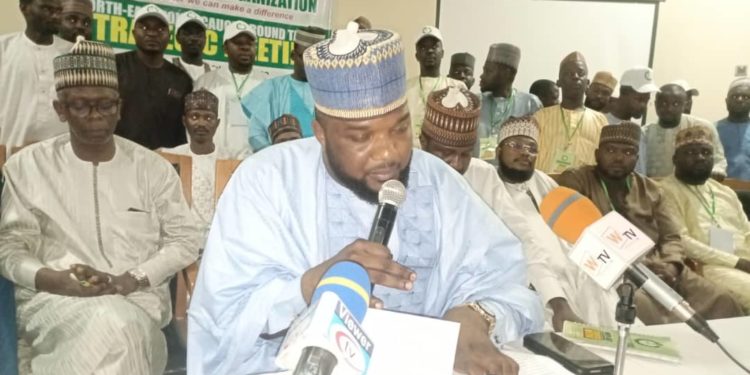 A group of northern youths under the aegis National Youth Inclusive In Governance Organization (NYIGO), kicked against money politics and voter apathy for the unity of Nigerian.

The group also advises youths to participate in politics for the development of Nigeria as the forth coming 2023 elections draws near.

Convener of NYIGO, Yusuf Banki, disclosed this in Abuja, at the press briefing, said that Nigerian youth will only support and vote for the most credible and qualified among the presidential candidates in the forthcoming general elections.

He noted that they will embarks on advocacy campaigns to ensure better and eligible representations of the country, the electorate must take an active part in politics.

Banki said: “Voter apathy would only favor rigging of elections which would keep corrupt demographics leader in power. Our future matters to us. If you refuse to act this time around. Nigeria will continue like this and it will be even worse than where we are right now. Because most of these leaders don’t have us and Nigeria at heart. Unless we do away with this kind of money politics.

“And for any lecture, the returning officers of the INEC throughout the country are lectures. ASUU are all part and parcel of the problem we’re having in this country right now. It is in the Electoral Act, that all returning officers of all state constituencies in 360 house rep of constituencies. 109 senatorial member are all university lecturers, either Dean or head of departments.

“State returning officers are Vice Chancellors they are purely from academical background. Collect money as a returning officers to compromise their position, and to make those people to be in the National Assembly or other position and tomorrow they will come out as a leaders who refused to do they work. When they see election period as a money making venture, as a money making period.

“So if we want to correct these abnormalities in this country, we need to go to the bottom and reach out to every nook and cranny especially the university sectors, the tertiary institution to help us and their own children,” he said.

He urged eligible Nigerian youth to ensure they acquire their Permanent Voters Card and work together with the group to help salvage the decaying condition of Nigerian youth from selfish politicians.

In his remarks, the Chief strategist of NYIGO, Hon. Faisal Umar Lawal, advocate for inclusion of young Nigerians in leadership.

He said: “We’re going to involve educated youth to be able to pass a campaign whereby we’ll be reminding people in as much as you have your time to watch football.

“You should understand the fate of the nation is at stake, the insecurity lingers on one day you will not be able to go and watch football. Otherwise you go to watch football and you will not go back home. We are going to make a good education company for people to know that refusing to vote is the same as voting for the wrong person”.

Police Arrest Suppliers Of Foodstuffs To Kidnappers In Adamawa

Police Arrest Suppliers Of Foodstuffs To Kidnappers In Adamawa