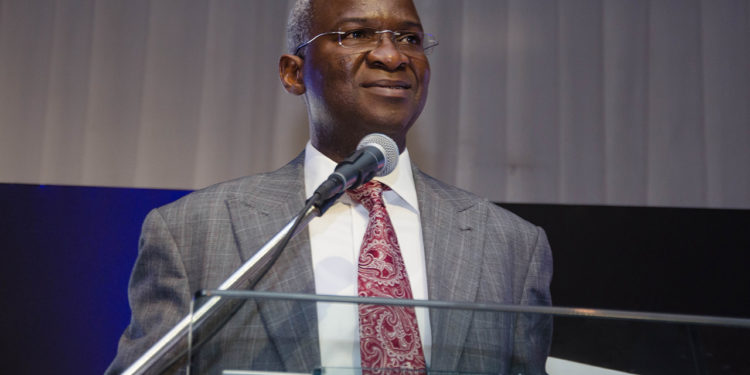 As the country prepares for the 2023 general election, the minister of works and housing, Babatunde Raji Fashola, SAN has called on the electorate to organise debates and town hall meetings to grill the candidates contesting various positions.

Fashola, in his keynote lecture delivered on the occasion of the 6th annual BRF Gabfest with the theme,’’ What am I voting For?” urged the electorate to be very careful in their choice of candidates to vote into office.

‘’The Federal Government and by extension the Presidency to whom we often look for the solutions to our problems do not own one primary school or one primary healthcare facility.

‘’It is in these facilities that the foundations of literacy, early education, antenatal care, immunisation for the first five years of a child’s life are undertaken. This is where the odds of a child’s life, whether he or she will survive early childhood diseases and become skilled and productive in future, are determined.

‘’When you add to this, the responsibility of the local government for sanitation, which is the heart of public health, that determines whether your child will be exposed to diseases and fall sick or not, please ask yourself the question posed by the theme of this GABFEST: “What am I voting for?” if you vote at all during local government elections.’’