2023 Guber: Let’s Support Our Own For Deputy Governor – Obuah 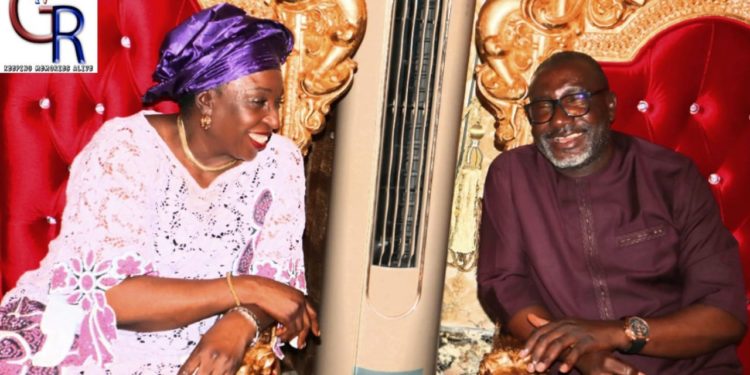 and the people of Orashi region of Rivers State to support Prof. Ngozi Ordu who he said is an elder sister and qualified person for the position of Deputy Governor of Rivers State under the Peoples Democratic Party PDP.

Bro. Obuah who met with the Deputy Governorship candidate said he trusts her to be a good deputy to the Governorship candidate. He used the opportunity to appeal to the people of the LGA and the Orashi region to support her. He said since it wasn’t possible for him to make it to the Brick House, they should all support her to make it there alongside the candidate of the party Sim Fubara whom the former Chairman of the Rivers Waste Management Agency RIWAMA described as a sellable candidate who will build on the enviable legacy of the state Governor Barr. Nyesom Ezenwo Wike.

“If I did not make it to the Government House Port Harcourt, today our sister who is very qualified is on the verge of going there. I will support her. My interest is the peace and prosperity of our area” he said

Prof. Ngozi Ordu was former Commissioner of Education in Rivers State during the era of Celestine Omehia. She was a Senior Lecturer of Food Microbiology & Public Health in the Department of Microbiology, Faculty of Biological Sciences, College of Natural & Applied Sciences. She obtained her first degree in Microbiology from Paisley College of Technology, Renfrewshire, Scotland. While in Scotland, she received the Best Academic Prize for 2 consecutive years (1977 and 1978 respectively) until her nomination, she was the Director of Academic Planning Pamo University of Medical Sciences, Rivers State.