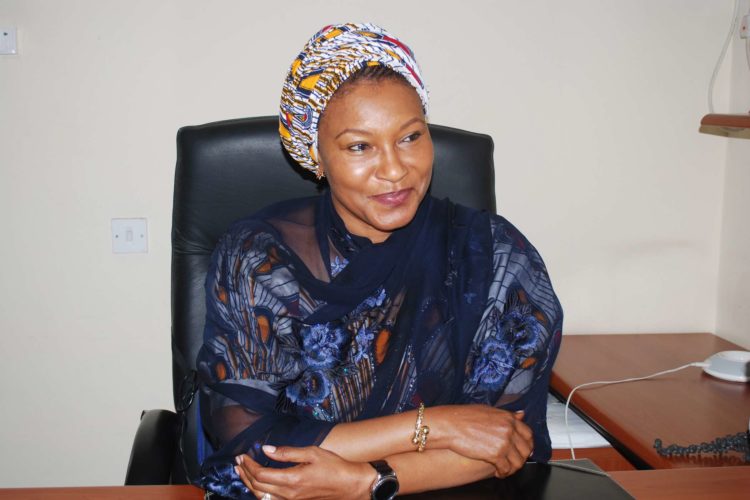 Labour Party (LP) senatorial aspirant in the Federal Capital Territory (FCT), Hajiya Ireti Kingibe, has promised to give Nigerians resident in the nation’s capital inclusive representation if elected into the National Assembly next year.

The aspirant made this known while fielding questions from newsmen after submitting her form as senatorial aspirant for the FCT in Abuja.

She said, “I am not telling you I’ll make your life perfectly better, but definitely, you can count on fairness from me; you can count on me in carrying along everyone who lives in the FCT, regardless of tribe or religion; you can count on transparency and integrity from me; that is what I’m assuring you, to begin with.”

Kingibe said she had made several unsuccessful attempts at taking the seat on the platform of other political parties in the past and had since given up, but the unique, inclusive, and masses oriented ideology of the Labour Party which she recently learnt of steered her back even as all entreaties to get her back by stakeholders of other parties in the last two years failed to move her.

According to her, being the idealistic type, she joined politics before on the platform of a party she envisioned would go on to save Nigeria, but had to quit when it became clear that those people-oriented policies were not there.

“But I see LP s a party of the people, a party of the masses, the one that no one cheats the other, and that is why they go all out to try and get reliable leaders; leaders with integrity; leaders who want the country to work,” she said.

Challenging the youth not to mortgage their future further, Kingibe said, “The future belongs to the young people. They really would not want to sell their future and I can see that the young now are like let’s do this together, not give me this and you can go. I just want to be a rallying point for this movement. I want to be a rallying point for young people to achieve their dreams, their hopes for a Nigeria that is about productivity. And I think it’s a possibility, though it’s not going to be easy, I see this as the beginning.”

She added, “There are lots of legislations and policies that are meant to be in place guide the FCT; unfortunately, most of them are not yet in place. It is when you start putting those things in place that your life will start improving.”

Identifying herself as a true Nigerian that is highly qualified for the FCT senatorial representation while lamenting how degenerated society has become immediately after submitting the form earlier, Kingibe said she has her roots of origin in different parts of the country with a Moslem-Christian family background and they were leaving together in her early days as one family with other Nigerians, saying such is the kind of society she would like to see in the FCT.

“My father is from Kano but he has a Yoruba root.  That is why I bear Yoruba name. My mother’ father is from Asaba; my mother was a Christian, my father, a Moslem and that was we lived together in peace until both my parents died.