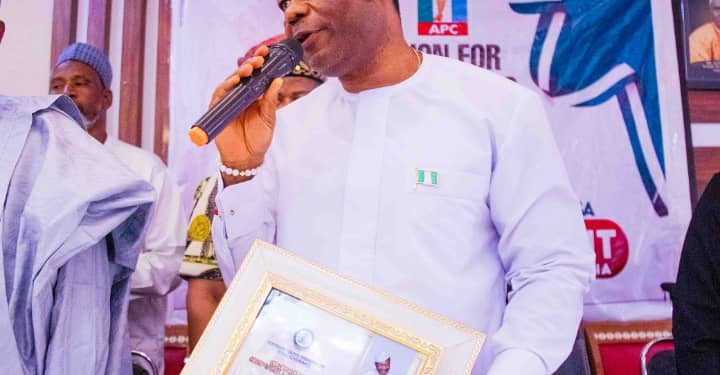 A presidential aspirant of the All Progressives Congress (APC) in the last National Convention of the party, Mr Tein Jack-Rich, has said only an economic liberalisation strategy will help Nigeria overcome its current challenges.

”As an entrepreneur and industrialist of the 5th era of industrial revolution, where digital transformation and technology boom have taken artificial intelligence to record high economic levels, one key engine we need in 2023 is economic liberalisation.

”It is a phenomenal tool to activate private capital growth, and to join the trillion-dollar economic league,” he said.

According to the philanthropist, global economic trend has its impact on Africa, which accounts for only three per cent of global trade with seven per cent of trade deficit.

He said, ”It is difficult to fathom the assertion that a struggling economy with negative trade balance of 19.3 per cent also exposed to surging global inflationary turmoil, due to high import dependency on what it can produce, can survive a hike in interest rate as the best monetary policy response to address surging inflation.

”This is because the current inflation is cost push rather than demand pull.”

Jack-Rich, however, said it was uncertain to see any political economist within Sub Saharan Africa aligned with the policy postulation, calling for a hike in interest rate as best fit for the economy or good and stability of struggling low-income households living below N400 daily.

The business mogul, therefore, called for a holistic approach to the country’s economic policies.

”Ignoring economic stimulus and pursuing interest rate hike, with the taxman on the neck of businesses, will further stifle earnings and worsen access to credit for large ticket investments,” he said.

According to the oil tycoon, this will increase unemployment rates, and further exacerbate the wind of economic recession, and possibly social issues.